Star of David August 25/26: Find your own power 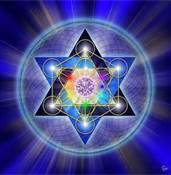 A star of David formation, or a Grand Sextile is a star pattern formed as a geometric configuration with 6 points (6- 60 degree sextiles) and this is a rare occurrence, so rare the last one occurred in 2011. This summer two such patterns occur both July 29, and August 25-26.


Astrologer Mary Fortier Shea has studied these formations for several decades and writes, "In the Stars that I have studied since 1990, the two interlocking triangles are formed solely by the planets in our solar system along with the Sun and the Moon. These planetary Stars of David I have written about extensively in these pages, and I believe planetary Stars have global impact. For example, since 1990, three stars have been war stars - the one in 1990 that appeared directly after Iraq invaded Kuwait signaling the Gulf War, the 2001 Star occurred seven days before the destruction of the World Trade Center Twin Towers that led to the War in Afghanistan, and the November 2002 Star preceded the War in Iraq four months later. All of these Stars had difficult squares to the Sun. In 1990, Mars squared the Sun, in 2001 both Saturn and Pluto squared the Sun, and in 2002 Uranus squared the Sun. Planetary Stars have global impact and many times the effect of the Star, like a solar eclipse will last from one Star to the next.


Personal or local Stars - There are times when five planets almost form a Star, but one point is missing. In these situations an individual can use a specific time set for his or her locality to form the Star of David with the Ascendant, the Midheaven, or Part of Fortune creating the final point. I have worked with these charts and my feeling is that they impact the individual who is electing the time and they are good for personal and spiritual development. They do not have global impact as they are locality based and individually created. I do not write about those personal or local starts in these pages. I focus only on planetary Stars.


Planetary/asteroid Stars - Sometimes a Star of David is formed by five planets and an asteroid, most notably Chiron. This is a hybrid Star. It is not totally planetary, but also not locality based or individually oriented. It does not have global impact in my opinion, but it does have significance, especially for those who have natal connections to the Star." (http://www.maryshea.com/star.html)

The August 25, Star of David formation includes the following planets and will work off these planetary energies.


Jupiter in Cancer (expansion of family, home and the homeland)


There are 6-sextiles, 3 trines, and 4 oppositions in this pattern, including Venus opposing Uranus-the only opposition in Air, and not part of the actual star pattern.


Mary wrote about the July 29, Star of David formation: "The Sun is at the apex of a tight t-square in this chart. It is difficult to say whether this is a war star or not. Saturn is a malefic squaring the Sun, but the Moon is certainly not a malefic planet. I would tend to think a "middle of the road" interpretation would be best. With the threat from Iran's nuclear program and terrorist groups around the world, I would call this a silent, unseen war. Saturn is in secrecy Scorpio. The Moon is exalted in Taurus which indicates without blame. The Sun is in Leo rulership and this is a strong Sun with rights. I believe any action is covert, and the withdrawal from Afghanistan continues or is completed."


Violence is still seen in the chart. Unlawful activities are prominent with Pluto opposed to Mars in fall in Cancer and square to Uranus in Aries. Individual, random attacks by fanatics and rebels without a cause are likely. These will be difficult to predict and hard to prevent.


I would expect to see more regulations placed on banks and wall street as Jupiter in exaltation in Cancer (wealth) is trine to Saturn in Scorpio (control), opposed by Pluto in Capricorn (government), and square to Uranus. Those who have more will pay more and those who have less will not be so stressed. Jupiter exalted in Cancer (wealth) is sextile to Venus in fall (poverty) and sextile to the Moon in exaltation (the masses). The economy might still be struggling with Venus in Virgo and opposed by Neptune. This particular aspect has been difficult in past Stars of David. At the least, there will be feelings of uncertainty and the economic indicators will probably be confusing with some up while others are down. With Saturn opposing the Moon, the housing market will still be an issue. This is confirmed by the fact that Mars is in fall in the sign of Cancer.


The difficulties with the economy might be originating overseas since Mars in fall is conjunct to Jupiter (foreign interests). Around the world it will be feast or famine. Some European and Asian countries will do well or will recover while others will still be in a recession. The issue of healthcare is mixed. There are three planets in Cancer. Jupiter in exaltation means doing the right thing, however, Mars in fall in Cancer has no rights and indicates the possibility of doing the right thing in the wrong way. Do figure! Mercury on the other hand has no standing. Since Jupiter and Mars are sextile to Venus in Virgo, low income people will be covered no matter what. Healthcare might be mandated through some loophole. It will be interesting to see how this plays out."


This star (August 25) formation falls on the heels of the Jupiter-Uranus-Pluto grand square which is about terrorism, war, money, and government secrets being revealed to name a few. Perhaps in the midst of it we may gain some spiritual help the world is in dire need of.


This is a time of great change and my advice is to soak in the spiritual energy of this formation, and find your own personal power and run with it!