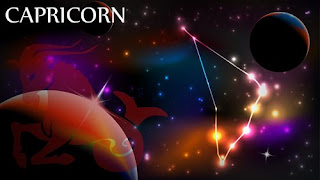 December is a pivotal month as Saturn changes signs and enters Capricorn on December 19, several minutes before midnight on the East Coast. Saturn changes signs every two and a half years and when the planet known as the 'taskmaster'' changes signs energy changes in the world, and our lives individually. Things will start to shift in major ways now.

When Saturn moves to another sign, it typically changes houses in your personal chart. Each house in your chart represents a different area of your life, and as Saturn transits that house, this is where you focus typically lies, good or bad. Each chart is different.

Hard transits of Saturn (conjunct, square opposition) brings challenges and crisis, and easy aspects (sextile, trine) bring growth and stability. Typically, it's a combination of both.

Saturn was last in Capricorn February of 1988-January 1991. If you are old enough to remember this time, you can have an idea of how Saturn in this sign will affect you, as it will make the same aspects this time as it made 30 years earlier.

Saturn in Capricorn will be far different from Sagittarius. Sagittarius is about world view, politics and ideas and expansion, whereas Saturn in Capricorn is about business, priorities, and building stability and foundations, and this is where I recommend you place your energy. Shore up your foundations, and find something you can build on.
Saturn here is very powerful in its own sign. Capricorn is all business, and no frills. Saturn (Capricorn) can denote great wealth and great privation as well.

Saturn will make many harsh aspects in the US chart as it transits through Capricorn and I will detail them in a later blog.

Mercury turns retrograde December 3, at 29 degrees of Sagittarius. The stationary retrograde period from December 3-5  is often the most frustrating and confusing. Things slow down, plans change and communication becomes more difficult. I expect a lot of Christmas gifts purchased during this period to be returned!

Do not make major purchases, get married or start new projects on a retrograde Mercury. It is advisable not to start a new job if you can avoid it, but I always tell clients don't lose an opportunity by delaying it if you need a job. When you begin a job on a retrograde Mercury it will likely not turn out as planned or you may not be there forever. Sometimes though it can last for a while. There is no hard cold fact sheet of what it will do. Retrograde Mercury is always a wild card.

December 2, Jupiter trines Neptune, exact, and this is the first of three passes. This is a positive transit, good for creativity, spiritual development and compassion. This is positive in every way. Dreams may seem vivid and compassion toward others is another theme of this transit.

Venus also enters Sagittarius. Venus in Sagittarius is lighter, more expansive and less intense than Scorpio. People may feel less committal while Venus is in this sign, and desire more fun!

On December 3, we also experience a full moon in Gemini. Gemini is the sign ruling communication and travel of all types. This is a powerful Supermoon and it becomes part of a mystical if not confusing t-square with Neptune and the Sun in Sagittarius. This is not the best day to make important decisions. We may experience lack of clarity in some way. Neptune transits can make things seem very real, but events that occur today should withstand the test of time, to fully understand how they will play out. As Mercury is retrograde, events connected to this moon may be delayed.

As this is a Supermoon, emotions will run high-good or bad. This moon will appear close to the earth, and should be quite beautiful.

December 6, Mercury conjuncts Saturn and it is retrograde. This occurred November 28. This is a serious transit good for solitary activity, or projects that require analysis. Otherwise, it may seem tiring, negative and depressing to some. There could be issues with communicating and communication. Mercury's sextile to Mars may give it  a little help, but it could also lead to harsh words if you aren't careful. It will occur again January 12, 2018 in Capricorn. Mars sextiles Saturn as well, and this will help with taking care of projects and give us the wherewithal to accomplish.

December 9, Mars enters Scorpio. Energy changes when Mars changes signs and in this sign Mars is concerned with 8th house matters; Sex, money, debt, taxes. other people's money. Scorpio is the most intense of all signs, and action may take on an intense tone that can at times border on obsessive for some.

December 10, Venus squares Neptune. This day is a double edged sword. For some this is a romantic transit complete with candle lights. For others, it will be a confusing transit that can make some feel insecure. All things may not be as they appear, and it's best not to take out of the blue statements or opportunities too seriously.

December 15, Mercury conjuncts Venus. This is a positive aspect, good for love, your social life and money.

December 16, The Sun trines Uranus. Positive for expansion of all types and there can be an electric type of excitement in the air.

December 18, a New Moon falls at 28 degrees of Sagittarius. This is an expansive new moon. It does however fall on Saturn, and Saturn is about responsibilities and obligations. Some things may end, but an ending opens the door to a new beginning of some type.

December 20, Venus trines Uranus. This is positive, and upbeat. Time for some holiday cheer!

December 21, the Sun enters Capricorn and winter officially begins. As the Sun is conjunct Saturn we may hear major news in the world. This can be a tiring day with many responsibilities.

December 25, Venus enters Capricorn and conjuncts Saturn. This transit is a double edged sword. The positive side is being with those from the past, committed, longstanding relationships, stability and security, family, long term thinking and planning. It can also denote feelings of having everything you need. I would like to personally wish you and yours the very best of holidays!

December 31, Happy New Year! May the new year bring all of your heart's desire! Here's to you kid!
Posted by Leslie Hale at 4:48 PM