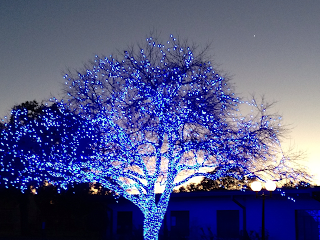 As we begin December, retrograde Mercury is in its final week of the retrograde period in heavy and intense Scorpio. It turns direct at 27 degrees of Scorpio on December 6. Around this time situations and personal directions may change again, new information can be revealed and unexpected situations can show themselves before Mercury gets back to normal. The planet of communication will then re-enter lighter and more expansive Sagittarius December 12, where it will spend the rest of the month. After a year of unusually intense retrograde planets causing delays and obstacles by January 6, 2019,  every planet astrologers use are in direct motion and we will start out 2019 with all systems on go.

Venus enters Scorpio December 2, where it will remain through the first week of January. Venus was in Scorpio during September and October and went through a six week retrograde period, shaking up love, relationships and money. Changes were made, some of them unexpected, and now we may revisit issues or situations that began but were stalled in October.

Venus in Scorpio will be the last blast of Scorpio energy in 2018. Scorpio rules the 8th house of sex, change/transformation and other people's money.

Venus here is intense and can hold a grudge, but this should nevertheless work well for Water signs. It has bounced between Scorpio and Libra since August, and is still officially in the post retrograde shadow period until December 19. By this point whatever changes were in store to happen have occurred and we won't have to deal with another retrograde Venus for 18 months.

December's New Moon falls at 15 degrees of Sagittarius December 7. Mars is conjunct Neptune creating fog, confusion and lack of clarity. Mars and Neptune do not blend well as Mars rules the ego and Neptune the unconscious. We could be dealing with unknown factors and very unclear situations, and astrologers call Neptune the planet of illusion, delusion and confusion. The new Moon squares this powerful transit and this creates a clash. As Mercury has just turned direct, this can generate even more confusion and I would advise not making important decisions or jumping to conclusions until a few days go by and the fog clears. On the upside we may see creativity and compassion for others and my advice is to place your focus here.

The winter solstice is the shortest day and longest night of the year and it falls on December 21, at 5:23 PM, EST. At this moment the Sun enters Capricorn for the next 29 days and winter is officially here.

December's full moon falls on December 22, at 0 degrees of Cancer. This moon will set the tone for the rest of the holiday season, and Cancer rules the 4th house of home, family and is the most emotional of signs. Mercury is conjunct Jupiter and this provides a light and optimistic energy but can be prone to overdoing things! Venus trine Neptune is generally positive, romantic and upbeat.

December 31, Mars enters Aries, known as the 0 degree world point which can coincide with significant events. Energy changes from an inner to outer manifestation in our lives as well as the world over the next six weeks. Mars at 0 degree of Aries is oriented to the world at large, and can represent a spectacular outrush of energies in the collective. As Aries is a Cardinal sign energies will increase in pace and be changeable. Aries rules the first house or ourselves, and many people will be attempting to put their personal agenda into motion as we enter the new year.

Those most affected will be Aries, Libra, Cancer and Capricorn. As this is a significant change of energy on New Year's eve be careful if you are out and about as this is worthy of attention.

Some of the more significant dates in December include:
December 2, the Sun trines Mars-positive and energetic.
December 5, the Sun squares Neptune. This can be tiring, if not confusing energy.
December 16, Venus sextiles Saturn. Positive more money, getting things done, people and things from the past.
December 17, Mars sextiles Pluto. Positive and energetic for group activities, easily getting to the bottom of situations through conversation.
December 20, The Sun trines Uranus. electric energy, new opportunities and ways of doing things.
December 24, Mercury squares Neptune. Intuitive and compassionate for some, can be tiring.
December 28, Venus sextiles Pluto. Expressive, feelings will be deep and conversations will not be shallow.
Here's wishing you and yours the happiest of holidays and a very Happy and prosperous New Year.