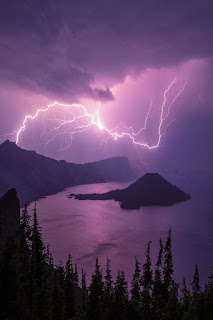 Saturn and Pluto have begun to separate from their powerful conjunction in January. This has been very heavy and difficult energy for many, and people have experienced change in many areas. While these planets are only a degree or two apart they will continue to play a role in the changes during the year ahead.

We are still in pivotal and historic times in our own lives and on the world stage. In the US, the impeachment process may come to a close but the vitriol and division will not. Abuse of power, earth changes, divisiveness and a theme of reality versus propaganda will not slow down.

Late March, Saturn will enter Aquarius for just over three months. This will be another significant time of change as the planet of reality dips its toes into the sign ruling the collective, and we will get a peek and what’s to come after 2020.

In February, Mercury enters Pisces and retrogrades, Jupiter sextiles Neptune, Venus enters Aries and the Sun enters Pisces, the last sign associated with winter. We will experience a powerful full moon in Leo and a new moon in Pisces.

Mercury retrogrades
The first retrograde of the year begins February 16, and ends March 9.

Mercury retrograde is a time of re-doing, re-thinking, and re-evaluating our lives rather than starting new projects. If you cannot avoid starting something new, expect things to change in some way when Mercury goes direct, and look for significant events to occur with the project on future retrogrades as well.

This is not the time to buy high ticket items, get married or engaged, buy property or sign contracts if avoidable.
Mercury retrograde causes delays, unexpected changes, equipment breakdowns and can be generally irritating. This is however part of the natural cycle and it is the time to re-view and re-do as new information may come to light during this three weeks.

Mercury retrogrades at 12 degrees of Pisces so expect a lot of confusion during this retrograde as Pisces is ruled by Neptune, the planet of illusion and confusion.

Many things will end as Pisces also rules the 12th house, or the last house of the zodiac, and it can bring up deep seated psychological issues so they can be resolved. Dreams may be vivid as well, and spirituality, creativity and compassion will be a theme at this time.
March 6, Mercury retrogrades back into Aquarius, so we may do a lot of re-thinking of new ideas we have come up with, and we may experience breakdowns and issues with electronic equipment. Mercury turns stationary direct at 28 degrees of Aquarius March 11. It will re-enter Pisces for the second time March 16-April 11.

This is creative, pleasant energy that can be directed toward any type of venture but especially those involving creativity and compassion. You could feel more in tune with yourself or even intuitive at this time and dreams could be vivid. You may feel inspired to follow a dream or pursue a cause. There is a compassionate and spiritual nature to this energy and things may seem to flow easily.

The other side of this energy can suck us into thinking things are on the right track when they are not. Stay grounded, think clearly, but enjoy the energy with your feet on the ground.

Spirituality and religion may play a role in this transit, or those who position themselves under the guise of religion. Typically with this many planets in Pisces we hear news of the Vatican or Catholic church. We could see some very creative ventures, movies and the like at this time.

I would not be surprised if we don’t see an increase in the coronavirus and continued spread of the disease. That said, I also expect great progress in finding a cure within the next several months.

Venus enters Aries
Venus enters the first sign of the zodiac on February 7. Venus rules women, love, our values and money. At this time we may feel more aggressive toward going after those we wish to pursue or it could be vice versa.  Venus in Aries is in Mars sign which makes it more aggressive. Venus in Aries loves the chase and is more competitive.. This will work well for all Fire signs but especially Aries and Leo. February 28, Venus clashes with Pluto, and this will bring up some deep seated issues in terms of relationships. It will also play out on the world stage in the form of more scandal.

Mars enters Capricorn
Mars leaves expansive Sagittarius for Capricorn February 16, joining Jupiter, Saturn and Pluto and creating what astrologers call a stellium in this sign with three planets, which is a lot of Capricorn energy!
Mars rules men, action and ego energies and its placement here means you will assert yourself in a more practical way. Capricorn’s ruler is Saturn the planet of practical responsibility and work and this is how we will direct our energy and approach things over the next month and a half.

The Sun enters Pisces
Happy birthday Pisces! Your month begins February 18th. Pisces is the last sign of the zodiac and it is a water sign. Its ruling planets are Jupiter, the planet of expansion and Neptune, the planet of dreams, illusions and mysteries. Pisces is a generally laid back, dreamy sign. With the Sun in the last sign of the zodiac we may end certain things to begin anew when the Sun enters Aries in March. Many things may be revealed at this time as the Sun is in the sign ruling the 12th house of things secret and hidden. With Neptune and Mercury (retrograde) in this sign we may experience a great deal of confusion and clarity will be a much needed quality!

New Moon in gentle Pisces
The New moon this month falls at 4 degrees of Pisces on February 23. This Moon will sextile Uranus bringing new approaches and conversations. It also trines Mars, the planet of action which means movement and getting things done. This is a dreamy cosmic moon and with Venus’s square to Jupiter you may seek out those you connect to and want to focus on pleasure more than work.

The Full moon in Leo
This full moon falls on February 9, at 20 degrees of Leo. It makes no negative aspects. It trines Mars propelling us toward action.
Leo rules the 5th house of love, entertainment and fun, along with children. Leo is an energetic, sometimes flashy sign that like to be front and center. Expect people to dress and act dramatic. It looks like a night made for fun, or love. Just don’t get caught up with those drama kings and queens who will like personal drama and this should be a fun occasion to break loose and have fun.