Saturn enters Aquarius: The roar of the collective 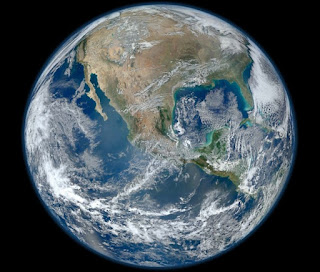 Saturn and Aquarius versus Saturn and Capricorn
Saturn in Aquarius is in the second sign Saturn rules, along with Capricorn although its energetic expression will be far different.
Aquarius is an Air sign, and Saturn in this sign is co-ruled by Uranus, the planet of sudden and unexpected events, so during Saturn’s time in this sign we may both collectively and individually experience unexpected events while the planet of structure and discipline (Saturn) occupies this sign. Air signs are prone toward new and futuristic as well as humanitarian thinking.

Saturn is considered the great teacher, and the planet of structure and discipline. Keywords that describe Saturn are: hard work, patience, discipline and maturity. Wherever Saturn goes it reveals the positive and the worst-especially what is NOT working, and where we need to apply more of our energies to improve things.
Saturn in Aquarius rules the 11h house, or the collective. Our future over the next several years will involve the collective as opposed to the individual. We will all be in it together, in other words.

As Aquarius rules the collective and Saturn is in this sign, we are now being asked to engage in social distancing (Saturn=restrictive in Aquarius (the collective) as a result of Covid-19 at the start of this cycle. Working online is something many people will utilize at this time (Uranus rules the internet), and air travel is not recommended and may be stopped for a time, at the time of this post. Aquarius rules groups, aircraft, lightening, cutting edge technology, thinking, logic and science, future oriented technology and solutions. It rules astrology, aeronautics, forward thinking individuals, freedom and new inventions, which we will see many of over the next few years.

Saturn squares Uranus
Saturn began its square to Uranus in Taurus when it entered Aquarius march 21, but this square will not complete until 2021. The most intense period this year is between the time of this post and mid-April. This square will be exact the week February 2021, June 2021, December 2021, and October 2022. Uranus square Saturn deals with upheaval and change in the world as well as our personal lives.

In Taurus, this upheaval will affect money/financial markets, earth and weather related changes and conditions, possibly the production and distribution of food, coups and revolutions and unexpected events in the collective and our personal lives. November 2008-September 2009 we experienced a Saturn-Uranus opposition, a square occurred July 1999-May 2000 and we experienced a conjunction of these powerful planets February-October of 1988.

Saturn in Capricorn
In Capricorn, Saturn is about building and hard work. Capricorn is conservative and restrictive and at the same time can represent big business and great wealth. It is a stodgy if not heavy sig, and there is nothing light about it.  It’s conjunction with Pluto and Jupiter (in Capricorn) has brought about a great deal of turmoil in the world. Pluto changes, reforms and often tears down to rebuild. These three planets together represent two of the major ten aspects that create change and upheaval in the world. This transit deals with corruption, crime, corruption at the top and Jupiter-Pluto can deal with pandemics as it did with the Spanish flu in 1918 as well as governments and money.

Saturn in Capricorn deals with banks, big business and authority. Capricorn is needed in a society to create structure but there must be balance. Saturn in Capricorn deals with authority and top heavy financial hierarchies which can lead to power imbalances and well as corruption. News reports currently state a select group of Senators got word of the pandemic and its affects and dumped millions of dollars in stock ahead of the stock market decline which in normal society would be called insider trading punishable by prison time. This is only one example of many. Saturn has transited through Capricorn 4 times since 1900, and each time materialism has become too top heavy and we have experienced a recession in the US.

During the years Saturn is in Aquarius it will ask us to change from a society of self-interest to one that recognizes the needs of the majority. All is not negative however; we will see great advancement in thinking and technology during this new and exciting period of time. For the record, I believe there will be a vaccine for the cororavirus by December or January, or alternatively, there will be some other exciting new advancement in health care.

Saturn and you
Saturn in Aquarius will work well for Aries, Gemini, Libra, and Sagittarius.  Taurus, Leo, and Scorpio may experience some challenges as it will square or oppose your sign as it does every 7 years. When Saturn enters your sign (Aquarius) you have entered a new 30 year cycle and in many ways will re-create yourself over the next 3 years. I will write more about this in the near future.

Saturn conjuncts Jupiter
Before this period is over Saturn will conjunct Jupiter, and this is another significant transit that deals with great changes in the evolution of man, history and thinking. This transit occurs every 20 years and the last time was Taurus, the sign ruling the earth and money. We have gone through a lengthy period of Saturn-Jupiter conjunctions in earth signs, and this year it will switch to Air signs.
Saturn will conjunct Jupiter in Capricorn December 15-18, 2020, and Aquarius December 20-28, starting a new period in Air cycles which will change thinking.