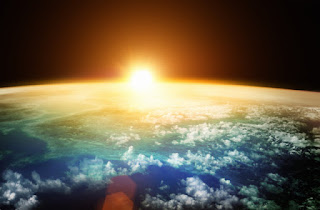 May 14, the planet that rules finance, growth, expansion and optimism turns retrograde until September 12th. Jupiter retrogrades every year for about four months and this is part of the natural cycle. During this time we often have to look inward to find our growth and create our own enthusiasm. We often undergo a period of philosophic or spiritual reflection rather than focusing our efforts on the outside world.

Jupiter is in Capricorn this year which concerns itself with work, business and taking care of practical matters. Jupiter represents our luck which comes from building practical and workable foundations this year. Jupiter is considered at its fall in Capricorn which means the energy can be more difficult to work with and it is in a position of weakness concerning its basic function which is expansion. Jupiter and Venus are the two financial planets and both will be retrograde until June 25.

You may have been working at accomplishing something big, or better at what you do with no real structure or plan for getting there. Jupiter retrograde will be the time to step back and look at the bigger picture and how you will approach things. It does not necessarily mean loss, but is more akin to working smartly and directing your actions along the most profitable and fortuitous lines.

Many things can be affected by a Jupiter retrograde. In addition to money and finances Jupiter rules courts/judiciaries lawyers, foreigners, and foreign places, education, religion, medicine, and younger men. All of these things can shift in some way as the planet of expansion retrogrades, and we will see these matters play out in the world and our personal lives. Jupiter’s retrograde period would be the time the cracks in the economy will make themselves known, and business often slows down. This will pick back up after Jupiter turns direct again in September.