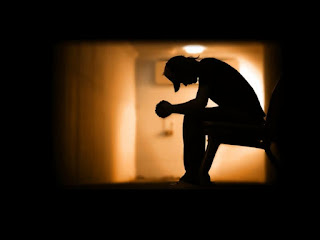 Between July 14-20th we will experience 3 cardinal oppositions between the Sun, Jupiter, Pluto and Saturn as well as the new moon. Oppositions are stressful transits indicative of change on many levels depending on where this falls in your own chart. For many, this will be a difficult week.

July 15, the opposition from the Sun to Jupiter completes. While this is normally positive energy it’s hard to separate Jupiter from Pluto as these two planets are nearly conjunct or together. Things can get blown out of proportion or you may make some type of change. Sun opposing Pluto July 15 is indicative of power struggles, oppositions from others and some things may end at this time. New information could be revealed and Pluto rules sex and money.

This month’s new moon falls at 28 degrees of Cancer on July 20th. Cancer is ruled by the Moon, the significator of women and our emotional lives. Cancer rules the 4th house of home, family and our basic foundation in life. Our focus during this moon will be home, work, family and our emotional well-being as well as basic security issues on a personal as well as global level. This moon can bring restrictions, blocks and a feeling of loneliness, coldness, lack of love or being alone in the world with our problems. We may face difficult barriers and obstacles to progress. This Moon forms another cardinal opposition with Jupiter, Pluto and Saturn in Capricorn. The Sun also opposes Saturn at this time. Sun-Saturn transits deal with responsibilities, restrictions and blocks and can indicate depression and low energy.

This will be one of the most difficult if not the most difficult new moon of the year as it opposes Saturn at 28 degrees of Cancer and the opposition is exact.
Moon opposing Saturn can be melancholy and depressing and we may emotionally drift back to the past or have thoughts or interaction with people from the past. This moon can also deal with fear based issues.

As Saturn rules responsibilities as well as limitations, if you can rise above the natural melancholy and pessimism of this new moon you can accomplish a great deal of work. You may be dealing with responsibilities you might wish you could ignore or skip. Saturn can give us great determination to succeed and if you can tap into the determination and grit of this moon you can achieve success. If you can go through your day and take care of normal business with no issues, consider the day a great success. July’s new moon will require focus, determination and patience.

Moon-Pluto can dredge up deep unresolved issues relating to the past, resentment, emotional turmoil, and issues with women or concern over finances. It can also reveal previously unknown information.

Mercury is still within orb of its square to Mars and this can indicate irritations, arguments and accidents as well as hasty and impatient judgment.

If you are emotionally affected by these transits, know this energy will soon pass.

In the United States chart this moon falls in the 8th house of death and finance. It opposes Pluto in the 2nd house of money-income and Pluto represents power, the dark or shadow side of things, change and transformation. This Moon will bring further news of the spread of Covid in the US and don’t be surprised if there is not news of shutdowns again due to the rapid rise of the virus.
As this Moon affects the 2nd/8th houses of the US chart we could hear of financial issues or market swings are possible.