Full moon in Aquarius at a critical degree 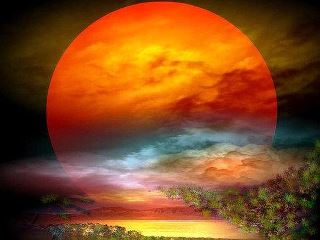 It’s unusual that we get two full moons within a month, especially in the same sign. When we do, this is popularly referred to as a ‘blue moon,’ of sorts. The upcoming August full moon will be in the same sign as it was in July. The last full moon occurred July 23, at one degree of Aquarius and the August full moon falls at 29 degrees or the end of Aquarius. Aquarius rules the collective, or all of us. The New moon in Leo on August 9th squared Uranus. So, we will experience two full moons, one at the beginning of Aquarius and another at the end of the same sign, and a New moon square Uranus, giving us a triple dose of Uranian energy, or in other words: unpredictability. Things that began on the last full moon in July or the New Moon may finish on this full moon.

The July full moon at 1 degree of Aquarius denoted new beginnings of some type, even though full moons are usually associated with endings. Some astrologers believe the first degree of any sign carries with it a similar energy as the sign Aries.  Aries is associated with the self, pioneering themes or being an originator of something, impatience, being active, sports or even anger and fights.

On the world stage, there is no doubt this full moon has to do with end of the US military presence in Afghanistan, and by this full moon the Taliban will be in complete control of the country. Uranus also rules earthquakes and can be associated with weather events, and at the time of this post over 1,400 people are dead from a 7.0 earthquake in Haiti and many more are missing. Other events will escalate and occur in the world as we approach August 22.

As Mercury conjuncts Mars before the full moon peaks this week, we can expect confusion, agitation, anger and potential accidents and it is important to be aware and use care. This aspect reaches a peak August 17-18, but the energy remains for the rest of the week. Mercury-Mars can relate to critical thinking, discussion and debate and a great deal of mental energy as well. It can also relate to issues with immediate family, young people, co-workers, pets and communication.

In astrology the 29th degree of any planet is considered a critical degree or the Anaretic degree which can be associated with a crisis, or there can be problems in decision making, rashness and in general this degree assumes more power than other degrees, as is evidenced by the humanitarian crisis unfolding in Afghanistan and Haiti. The The 29th degree (this full moon) often represents the end of a cycle, or finishing up something. We aren’t quite finished with the old, but already making plans to move into something new which could be a totally different direction. This degree can be seen as a test to learn how well we have completed our lessons.

As the full moon affects us all, we will be dealing with these issues on a collective, as well as individual basis. Some astrologers consider the 29th degree fated, and we can be confronted with problems concerning some of the most challenging issues connected to the sign. Planets at 29 degrees can be considered out of control at times and Aquarius is associated with disruption and in some cases volatility, the struggle for freedom, explosive situations even coups. Not only is the Moon at 29 degrees, so is the Sun in Leo, so it is considered to be at an anaretic degree as well giving us a double dose of unexpected events, endings and crisis situations. The Sun opposing Jupiter can be positive, but also associated with blowing things out of proportion or in some instances, grandstanding or gaslighting.

Aquarius is considered the sign of brotherhood for all. It is a humanitarian sign with progressive leanings. Now is the time for networking, exchanging ideas, and getting together with others on an inclusive basis.

The planetary rulers of Aquarius are Saturn, which represents our structures, and Uranus the planet that is associated with unexpected events. With an Aquarius moon you never know what can happen, especially at the 29th degree. Themes of freedom can be present not only in the collective but our personal life as well.

This full moon is conjunct, or we could say it aligns with Jupiter, the planet of expansion, luck and gain so this gives us a positive and hopeful energy although with Jupiter retrograde it could blow some things out of proportion, or it could manifest as arrogance, depending on the individual or things might now go as well as we expect. Jupiter is about justice, integrity and growth and relates to optimism, good fortune, happiness, success and personal and spiritual growth. Even with Jupiter retrograde there should still be some planetary help but we may discover there are certain issues that need to be fixed, changed, or resolved.

Aquarius is a rational as opposed to emotional sign, so we will be looking at things without involving all of our emotions. Creative and original concepts or ideas may come our way, and Aquarius strives for honesty, loyalty, friendship, freedom and how we can be our most authentic self and make the world a better place for ourselves and everyone else. This energy is about ‘me versus we,’ and learning to include everyone as opposed to being exclusive and shutting others out that don’t share your views. The true energy and purpose of this moon is about learning to co-exist with others and tolerance, while being true to yourself, yet appreciating the differences.

In astrology the Sabian Symbols are a set of 360 phrases of words that correspond with each of the 360 degrees of the wheel of the zodiac, from Aries 1 to Pisces 30.