US Government reopens and the next debt crisis 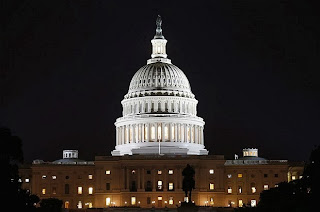 The US government was shut down for 16 days before a bill was passed by the House and Senate re-opening government Thursday, October 17, 2013 as Mercury trined Jupiter, and Jupiter rules government as well as the Republican Party where enough votes were finally garnered to raise the debt ceiling. Venus trine Uranus, along with a grand trine that morning involving the moon in Pisces, Jupiter in Cancer and Saturn and Mercury in Scorpio provided the planetary impetus to bring enough votes first in the Senate in the morning, then the House late evening to keep America from defaulting on its debt minutes before the clock ran out which would have created global catastrophe and sent ripple effects across the globe.


Government was shut down due to objections to Obama Care spearheaded by Senator Ted Cruz. This was just one more partisan political move which will continue to split the Republican party that escalated in 2010 when Uranus began to square Jupiter (ruling the Republican Party) in the US Chart


The US was put on a downward credit watch by another credit rating agency, and there is every possibility the US Credit rating will take another hit this year as a result of poisonous public psychology that continues to split the government.


Unfortunately, I believe these partisan politics will continue, with the next episode occurring before February 7, 2013 when money will run out again.


Retrograde Venus will square Saturn in the US chart January 24-27 revealing money or credit problems and then conjunct Pluto within 1 degree at 13 degrees of Capricorn January 28-Febuary 6, 2014 and Jupiter opposes this configuration. This will relate to a struggle over money, the debt, women's issues, and it will not resonate well with foreign governments.


This opposition will fall directly on the Sun in the US natal chart, square Saturn. The Sun represents the President and his government and if US politicians are not extremely careful this period will usher in a period of austerity and recession. The most positive thing I can say about this time is that it falls in an election year of which all politicians are brutally aware and will hopefully take heed.


This furthermore reveals another serious political split and major fight in the Republican Party between extremist viewpoints with much grandstanding and drama. Unfortunately, the US economy is at stake and these transits are not good signals for growth or economic security, nor the safety of US Treasury bonds which have been a staple of foreign investment over the years.


As Uranus and Pluto fall on the US Saturn, this could reveal a split in the Democratic party as well as the Republican party.


Pluto will be part of a t-square (3 planets) opposing the US Sun, square Saturn and this  is a difficult configuration that will alter the political landscape in the US. There will be those who wish to tear down many of the values that have built America leaving the country vulnerable to foreign entities and recession for the sake of political ideologies. Eventually, Uranus will become part of the t-square, forming a Grand Square in the US natal chart throughout 2014-15 involving the Sun, Pluto, Saturn, Uranus and Jupiter, the likes of which we have not seen in our lifetime.


Additionally, the US government may be dealing with issues abroad during the same period.


Mercury will turn retrograde in Pisces on February 6, and if an agreement is not reached before the stationary retrograde period of Mercury the deal will likely be flawed and ineffective. I often think of the bank bailout legislation signed in October 2008 on a retrograde Mercury. To this day, no one really knows where the money went.


We are living in the days of the Uranus-Pluto square which will continue to split the two parties, and lead to chaos in the world, much like the early to mid 1930's. This transit will continue into early 2016.


When Pluto transits across a planet change is inevitable, but a difficult process. Pluto often tends to destroy only to re-build. Pluto transits tend to go through a tear down phase, then rebuilding, and like the phoenix eventually rises from the ashes to become something new. The question is at what cost and how much damage the American people will suffer through this process. And of course it begs the question, is it even worthwhile. I dare say the majority thinks not.