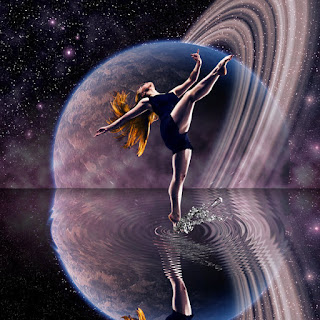 This month the Saturn-Neptune square becomes exact in late November and this is considered one of the 10 major planetary cycles. But, the energy will be building all month, and it does not have to be exact for events to occur. The closer we get, the more intense this energy will be.

This is a transit that will change the world, our lives and in some cases our circumstances. In the last 36 years Saturn squared Neptune in Virgo-Sagittarius fall of 1979, conjuncted in Capricorn in 1989, and opposed each other in Leo/Aquarius in 2006. As we approach this square of November 2015, Saturn is in Sagittarius and Neptune is in Pisces at 7 degrees.

Next spring these two planets will form a t-square with Jupiter and this energy will be back and forth until fall of 2016. Between now and then look for many confusing events, situations to come to light, strange occurrences, strange politics, weather and earth related events, ups and downs in the financial markets, and focus on religion, or that which is under the guise of religion and ideologies to be front and center in our world.

We will all be affected by this transit, some more than others, especially if this hits a mutable (Gemini, Virgo, Sagittarius, Pisces) planet at 5-10 degrees in your natal chart. What will happen depends on where your planet is located in your own chart, and which planets are being affected. You can find free charts on the internet or of course, ask an astrologer.

As Pisces rules the 12th house of things secret and hidden, along with drugs,  alcohol, religion, creativity and dreams to name a few, and Sagittarius rules the ninth house of ideas, laws, philosophies and education, these two planets do not mix easily. Neptune rules the unconscious and hidden realms and Saturn shows us reality, and even drugs. We can get caught up in the Neptunian lack of clarity and fall blindly into an idea, hope or even person we cling to, or we can get caught up in the harsh reality of Saturn- becoming jaded, discouraged or depressed. It is between these two poles we must navigate without leaning to far toward either and make this energy work for ourselves. Neptune dissolves while Saturn shows us reality, whatever it may be.

This is the time to be conservative and thoughtful in speech and our actions and approaches to all things important. Now is not the time to go blindly into business, investments, relationships or any other interpersonal action with others on blind hope, or without full knowledge of what you are getting into.

Do this anyway and you will likely discover the thing you were most attracted to may not be what you thought it was at all, or it could be just the opposite of what you hoped for.

Conservative thinking and action is the sediment that we should apply in our lives the last two months of the year lest we get carried away by the extremes of this, believing in things that are not correct, untrue and were never real in the first place. And if certain things do not turn out as planned we must not become so discouraged we lose all hope for the future, but rather we must reinvent things and situations that will work for us.

This is a time for facing the illusions that lie in the dark shadows of our mind. To not do so would be to commit a grave error; believing in things that are not real or true, false, illusionary or impossible and then have to come to this juncture again in spring of 2016 or later.

This is not the time to jump into something that is not based and grounded in reality either ideologically,  personally,  financially or in any other manner, and anything you begin should be rooted in truth that has been tested through time and conditioning.

Things can be revealed to us at this time that have never been truth to begin with, or will never be truth in the future, or have simply outlived their time and purpose. As we move into the final phase of 2015 many things will be uncovered that were never correct to begin with or that have outlived their time, and this can include politics, political parties, financial investments and ventures, ideas, laws and theologies and any other number of things and situations. Things in the world will show us they are not what we thought in many areas and must now change.

We will have to come up with new ideas as Saturn is  moving through the sign ruled by Jupiter, showing us new concepts for a new world that did not exist prior to 2008 when the Uranus/ Pluto square begin its wrecking ball tour changing things forever personally, and on the world stage.

Now the Neptune/Saturn square will unmask those things that we have come to think of as normal, correct, or otherwise in the mainstream view that will prove to be false, misleading, incorrect or no longer appropriate for the time.  Some things will dissolve and this will make room for the new. But this is a process that will not totally complete until late next year after the Saturn/Neptune/Jupiter t-square.

Many  things and situations we have believed to be true will be revealed as something else and we must take up a new vision and move forward in a bold and new direction in the future.
Our lives and the world are being reshaped for a far different future then what we have known in the past and as these changes unfold now is the time to look for a new vision for your life personally and the world do the same. But, the new vision must be grounded in reality.
While this transit is not easy, it will be possible to reach new understandings, find new paths and ideas and build upon the uncovering of truths that did not suit us.
It is possible to combine the two energies and see long held ideas and visions take form. Or we may find a spiritual, creative or personal path that suits us better and experience the merging of ideals, our dreams and reality, into a new beginning that will authenticate our true lives and identities, and this must be our goal.
If this aspect hits your personal chart, events and situations that bring change will occur. This transit becomes exact November 26-December 4, and will be "set off," by the Sun November 29, Mercury on November 25, along with the full moon. You will see events occurring on or around these dates if this aspects your chart, and major events in the world.
Other transits of interest this month include:
November 2, Venus conjuncts Mars-this can be sexual energy, but is generally indicative of trouble through the sexes. Also, Mercury enters Scorpio making thought and communication much deeper.
November 5, the Sun sextiles Pluto-Great for business and getting to the bottom of things.
November 6, Mercury trines Neptune-Good for psychics, creativity, and compassionate feelings and being 'tuned in' to others.
November 8, Venus enters Libra-love feelings will become more romantic and couple oriented. Venus is powerful in this sign, and great for Libras.
November 10, Mercury sextiles Pluto-conversation can become more intense, and great for getting to the bottom of problems. The Sun sextiles Jupiter and this is positive and upbeat, good for business and meetings of all kinds.
November 11, the New Moon occurs at 19 degrees of Scorpio. Scorpio rules the 8th house of sex, death, change and transformation and other people's money, and is the most intense of signs. As this moon conjuncts Mercury we could be concerned with young people, vehicles, travel and communication of all types.
November 12, Mars enters Libra-Mars in this sign is a people pleaser and we may become more concerned with relationships. Mars and Venus are now both in the sign that rules marriage and partnerships and this will be the focus for many people. This is a great period for single Gemini's, (Gemini Sun or ascendant) and the two planets of love are transiting your 5th house of love affairs. This is an auspicious time for Libra, Sagittarius, Aquarius, Aries and Gemini. These 2 planets don't team up in this sign often so make the most of it over the next month!
November 13, Venus sextiles Saturn-Positive for business, meetings connecting with those from the past. Also, Mercury sextiles Jupiter and this is positive and optimistic for communication.
November 17, the Sun conjuncts Mercury and this is a 'willful' type of transit that can bring irritation and an argument. Be careful with travel.
November 18, Neptune turns stationary direct at 11:32 AM, EST. This is very powerful as Neptune energy amps up in a square to Saturn. As it turns direct confusion may occur for the time as we get used to its new direction. While retrograde, spiritual and creative insights may be internalized, and as it goes direct these impulses and thoughts will easier to present to the outside world.
November 20, Mercury enters Sagittarius changing Mercurial energy once again. Venus squares Pluto and this is a powerful transit that will set off the Uranus-Pluto square. This energy will be obsessive in nature, and you could find yourself in a battle for control in your relationship. Pluto rules sex, and there can be a dark undercurrent associated with this. We will see large events in the world and Venus rules women, money and values and Pluto rules bullies, nuclear situations and those who claim absolute power over others.
November 22, the Sun enters Sagittarius, the mutable sign of fall, when weather can change again.
November 23, Venus opposes Uranus, the second half of the Uranus-Pluto square. Your love life (or money) could take an unexpected turn, and some relationships can end. We could see unexpected events, changes in the markets and this will be a big news day as well.
November 24, Mars sextiles Saturn, and this is a positive transit for getting things done.
November 25, a full moon occurs at 3 degrees of Gemini, peaking at 5:44 PM, EST. Gemini rules the third house of communications, siblings and relatives as well as travel and ideas. As this moon squares Neptune we may feel a great deal of confusion, or certain things can be revealed. As the moon opposes Saturn and Mercury we can experience tiredness, depression, feel overworked or depressed. This Moon will 'set off' the Saturn-Neptune square.
November 26, Saturn squares Neptune, exact.
November 29, The Sun squares Neptune and this is a tiring and confusing day. Good for psychics, creativity and can incline compassion. Also, the Sun conjuncts Saturn and this is tiring, and negative. This transit occurs once a year and always brings major events and situations in the world.
contact Leslie at contact@lesliehale-astrology.com