Mars and Venus in Libra: Show me the love 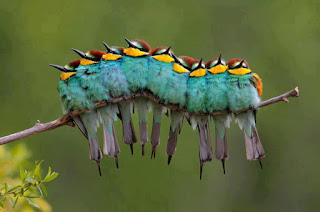 Mars enters Libra November 12, at 4:41 PM, EST. This will be the last time until December of 2016 that Mars and Venus are in the same sign and this will last until December 4, when Venus moves into Scorpio. Mars however will remain in Libra until January 3, 2016.

The two planets of love in the same sign can be very powerful, depending on how well this fits with your chart. This works best for Gemini or Gemini ascendant as this places Venus and Mars in your 5th house of friends, love affairs and children. Leo, Libra, Sagittarius, and Aquarius can fare also fare well. Your luck depends on what these planets aspect in your own chart.

Libra rules the 7th house of marriage and committed relationships and Libra is ruled by Venus so there is a lot of love energy in the air, even though Mars is considered at its detriment in Libra.

Both Venus and Mars have been in Virgo which is practical, and on the negative side more demanding or critical, and this energy will shift in a general way for all of us and become more consolatory all the way around.
When Mars is at its detriment in Libra the Mars energy can seem overwhelmed as Mars like to rule or dominate, and Mars rules our personal action. While in the sign ruled by Venus energy can be more internalized as opposed to expressed outwardly in the world, and this can create difficulty expressing assertiveness, as Mars natural sign is Aries.

Personally, I like Mars in Libra individuals, but this might be a difficult placement for those with Mars in fire signs, especially Aries.

Mars and Venus in Cardinal signs mean energy will move fast and things will happen when it aspects another planet. These two fast moving planets will clash with Pluto and Uranus.

A sextile to Saturn or the Sun is positive, stable, great for business and can connect us with old friends, or we may have important conversations.

A square to Pluto can be obsessive, controlling and domineering, and an opposition to Uranus brings sudden unexpected and disruptive situations and in some cases endings.

The thing to do when these days occur is to NOT fall into the energy of the emotions they naturally generate. In other words if you feel like you want to tell someone off, let this energy pass, wait for another day to express yourself better, for better results. Push things on things days and others may push back, to the breaking point. Then again, some things are meant to end as all relationships are not meant to be long term. One door closes, another one opens.

Also, with the square to Pluto and opposition to Uranus we will see major events in the world that can change the course of many things and be very disruptive. We can see issues relating to money and the markets, women, war and situations around the hot spots on the globe and in the case of Mars opposing Uranus, explosions or another incident involving aircraft could easily occur.

If you have Cardinal planets (Aries, Cancer, Libra, Capricorn) at  12-18 degrees these dates will be significant and can represent major changes depending on where these planets fall in your personal chart. Here are the dates, write them down: