Full Moon in Scorpio: What lies beneath 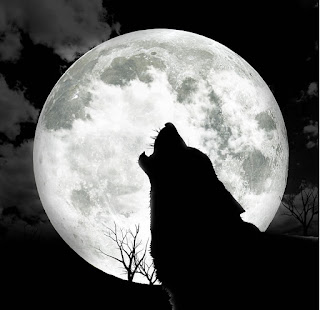 Scorpio is the natural ruler of the eighth house of change and transformation, taxes and debt, other people's money and death. (Death is not typical of a Scorpio full moon). That said, the death of many things can change with a Pluto ruled Moon. It can be big or small, but change will occur. This is nothing to fear, though. Many issues will center around money and sex.

Pluto calls for the elimination of certain things, and the regenerative process can occur through Pluto and the eighth house. This change could range from ideas to people in your life, depending on what is in your personal chart. Pluto is not interested in the superficial, but rather what lies beneath the surface. No one will be satisfied with superficial answers. Scorpio has depth and wants to burrow beneath the mundane and get to the heart and depth of the matter. For some, this will become an obsession, and it is here you may want to draw the line.

This Moon sextiles Pluto and change can occur in a transformative type of way. A sextile to Pluto is a positive as it can include ideas and conversation for the handling of everyday affairs, communication with women, and a deeper ability to understand issues. New growth and advancement can evolve.

Scorpio is the most intense and obsessive of signs, and we must guard against getting overly emotional and being led by our emotions of the moment. The Moon opposes the Sun and this can be an emotional transit for some, and occurs at every full Moon. Some people may seem overly harsh at this time.

Mars is square Neptune over the next two days and this becomes part of the full Moon energy. This is a difficult transit and coincides with low energy, lethargy, and feelings of defeat in some cases.

Mars rules energy and action and Neptune dissipates with it comes in contact with, so this may not be a good day for energetic tasks.

Neptune rules water, drugs and alcohol, deception, lies, and lack of clarity and delusions. Misunderstandings and misinformation are common. As Mars crosses Neptune many things and situations can be revealed you did not previously know. The most important task is to be and remain clear headed and logical thinking as opposed to becoming overly emotional.

If something seems too good to be true, it probably is.


If something is unclear ask for clarification.


If you know someone is lying, don't sweep it under the rug.


The highest use of this energy is creativity or spirituality, compassion and helping others less fortunate. The lowest use is self delusion, lying, addictive behavior, or failing to see the 'forest for the trees.'

By May 12, Mars trines Jupiter and the energy will become more positive and this is a far better day for important projects.

As always, events will play out in the world at large. Mars-Neptune may bring a lack of clarity about situations and we are at risk of misunderstanding events or being lied to. This transit can deal drugs or substances, disease,  same sex relationships, sex, chemical weapons, water related weather conditions, scandals, or even death. Mars aspects typically deal with police and military operations.
Posted by Leslie Hale at 1:16 PM