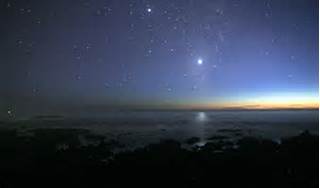 Venus opposes Jupiter this week, and this transit peaks Friday, May 19. The energy of this will be prevalent all week, and for a few days after. After Venus crosses Jupiter, it will square Pluto on May 25, but the energy will be apparent beforehand.

Venus is the planet of love, money and values. Jupiter rules money, expansion and increases whatever it touches, but Jupiter is retrograde at 14-13 degrees of Libra.

Both planets are benefics and this transit holds the potential for social interaction, relationships and a lazy type of day, but it also holds greater potential for 'blowing things out of proportion,' overstating, embellishing, exaggerating, making mountains out of molehills and drama. Have you ever seen someone smiling, but holding a knife behind their back?

Jupiter is considered a 'masculine,' planet and Venus a feminine planet and herein could lie conflict. Conflict could come from within relationships between the sexes or there could be outside interference.

The combination of Jupiter and Venus in an opposition can also relate to dealing with those who have false values, and values may be called into question as we can now see playing out in the current news. As Jupiter is retrograde in the sign of partnerships some relationships may seem, or be falling apart. Venus may desire more than Jupiter can deliver, especially in its retrograde state.

Watch overspending, and overindulging or you will pay the price later.  This will not be a high discipline day. I would be careful about being drawn into situations that can become overly dramatic.

On the world stage, this transit falls dead on the Sun in the US natal chart 7th house of 'open enemies.' Who our enemies are, and our/their values will be called into question, and the Sun in the US chart rules the President/high government officials.

We could hear news relating to national values, foreigners, enemies, money and women.
Posted by Leslie Hale at 12:38 PM