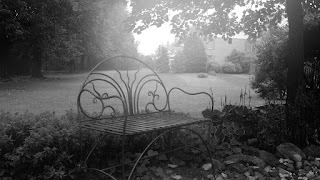 This month's full Moon falls at 13 degrees of Pisces, and it conjuncts Neptune in Pisces, making it very powerful, as Neptune is at home in Pisces.

Neptune is the planet of illusion, delusion, confusion and lack of clarity. It is important to keep your feet on the ground at this time. Pisces is the most sensitive of water signs, and when conjunct Neptune feelings can become hyper sensitive. Unconscious emotional reactions may arise that could lead to withdrawal or seclusion among other things.
Some may have to deal with feelings of insecurity, persecution, or paranoia.

Pisces rules the 12th house-things secret and hidden, dreams, hospitals and what lies in the subconscious mind. The 12th house is the last house of the zodiac and often deals with endings. You could experience some type of revelation, or life altering moment.

Neptune has to do with addictions of all types: drugs, alcohol or anything else. For those with addictive personalities issues such as these may well play out on this Moon.

Neptune rules lies and deception, self deception, drugs and alcohol, sea water, the seamy side of life. It also rules religion and spirituality, psychics and visions, the theater, creativity, and is a double edged sword. Hence, the sign for Pisces: two fish swimming in opposite directions.

Pisces also rules compassion and under this sign we may be concerned with helping those who can't help themselves.

On and around this moon you could experience vivid dreams, or premonitions.

On September 5, the Sun opposes Neptune and this becomes part of the Full Moon energy. This can be confused and tiring energy, and the facts about many things may become confused, especially as Mercury turns direct at 7;30AM, EST. This has the potential to become a train wreck in the fog if you aren't careful. Situations can seem distorted or change once again. New information can be revealed, but don't jump to conclusions as Neptune can distort situations. The most important qualities you may possess at this time is common sense and clarity in thinking.

By September 6, the Moon is conjunct Neptune and the Sun is still opposing both, amping up emotions.

Moon-Neptune transits often have to do with water, rain and unusual conditions. Hurricane Irma is on track to become a category 4 hurricane. Either way, I expect a great deal of rain and water related circumstances to arise on this moon along with cloudy confusing circumstances.
Neptune has also been associated with nuclear and chemical weapons.