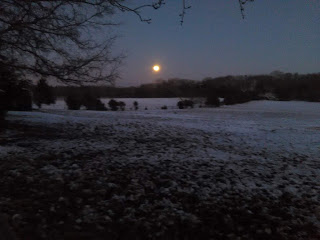 All planets will remain in direct motion during February, which means all our plans are on go, and we can move forward with projects relatively unhindered. It is rare to have a two month span of time without retrogrades so make the most of it while you can.

The first planet to retrograde this year will be Mercury on March 5. The shadow period of the retrograde is when energy starts to subtly shift, and this will begin February 19.

Wrap up important matters by the end of the month if you can, otherwise projects may get delayed, changed or cancelled, as the nature of a retrograde Mercury dictates.

This month we are nearing the end of our 7 year cycle of Uranus in Aries. On March 6, Uranus moves into Taurus where it will spend the next seven years. All of our lives will change in some ways with this major shift as will the collective and the world.

Uranus in Aries is ruled by Mars, the God of War, and Aries rules the first house or the self. Over the last seven years we have seen ourselves and many groups of people fighting for their own self-interests around the world. Uranus in Aries has been about us, and what we want as individuals or as groups of individuals. Uranus in Taurus will be far different.

Uranus in Taurus is ruled by Venus, one of the financial planets that rules the second house of money, and it also concerns our values which will become more defined both personally and globally along with global finances which may shift and change during this new cycle.

Uranus is considered at its fall in Taurus or in other words, Uranus does not operate smoothly and is not very happy here. A planet considered at its fall means it is operating from a position of weakness concerning the function of the planet and everything it represents. A planet that is in a sign that does not resonate becomes even more active and matters represented by that planet take more effort. Uranus last toured the sign Taurus June 1934-May 1942. A great deal changed during these years, as everyone well knows.

During February, Uranus will be at the last degree, or the 29th degree of Aries. This is considered the Anaretic degree and often considered crisis oriented. There can be a feeling of urgency or that we only have so much time left to accomplish something.

In a way, we are in between two worlds at this time - the end of the era of self-interests, and the precipice of a new period where we will eventually have a different focus in many ways both personally and collectively. We will also have to address the elephant in the room: climate change.

February 3, Venus enters Capricorn the sign of practicality and responsibility, ruled by Saturn. Venus rules values along with money, our social lives and love.
Venus rules love and pleasure and Saturn rules hard work, discipline, seriousness and practicability.  This can be a more difficult placement for Venus but it is not considered at its fall or detriment here, so it serves a purpose.

It may become harder for some to express feelings with Venus in Saturn's sign. Rather than being focused on  passion and frivolity we may be focused on the day to day activities that constitute life or what two people need to start or have a life together, or even get to know each other well enough to consider another level of commitment.

For example, rather than being focused on light hearted matters and romance, your significant other (or you) could be focused on getting the down payment to buy a house in the future. Or the need to work overtime to build up a savings account for unseen issues in the future.  Or even what the two of you have in common before moving to the next level. Venus in Capricorn is more interested in a solid relationship that can withstand the test of time. Tradition can be more important during Venus's time in the sign. Practicality and structure can be good, and it is a necessary part of life.

Venus in Capricorn will work best for the earth signs who will be more comfortable with it.
Venus and Mars are the day to day significators of our love lives. Mars moves into the sign Taurus February 14. Mars rules men and our actions. In Taurus, Mars is compatible with all Earth signs and Venus in Capricorn.

With Venus in Capricorn and Mars in Taurus, February should be a good month for love or meeting someone significant, especially for those born under the signs Capricorn, Virgo, or Taurus.

Actions and energy will change with Mars in Taurus. While in Aries, Mars was in its 'home' sign, and Aries rules the first house of self-in other words we are focused on what we want and go toward it with drive and determination as well as action.

In Taurus, Mars is more laid back, more thoughtful and moves more slowly. As Mars is a fixed sign we approach things more carefully, but once committed to a course of action little can change it.

Taurus is ruled by Venus (love/money) and during this time we may be attracted to beautiful or expensive things. This can be a self indulgent Mars placement and some people may come across as stubborn at times. Slow and steady wins the race with Mars in Taurus.
Mercury, the planet of communication enters Pisces February 10, where it will remain until April 17. Mercury in this sign is ruled by Jupiter and Neptune. Mercury is at its detriment here as well as its fall. We will need to pay more attention to communication as things can seem more unclear or fuzzy. Our thinking process can become more visual,  imaginative or intuitive. This is a great placement for creativity.

Pisces rules the 12th house of the subconscious mind and is the last sign of the zodiac and represents endings. As Mercury will retrograde in early March we may have to back up at that time and re-trace our steps we take in February.

February 1, Mars squares Pluto. This is a difficult transit prone to anger, change and a feeling of forced change. It will create an atmosphere of stress and compulsiveness. People will be apt to get into power struggles over issues, and this can bring up old problems. It will be easy to become obsessive over an idea or thought. Proceed with caution.

February 3, Mercury sextiles Jupiter. This positive aspect gives us a day or two where our minds and ideas move in a positive direction.

February 4, the New Moon falls at 15 degrees of Aquarius. Aquarius rules the 11th house of groups and organizations and you could be involved with others in some way. Now is the time to set your intentions, and take a look at new avenues of approaching things.

February 7, the Sun sextiles Venus. This is expansive and positive. Mercury sextile Mars is great for conversation, writing or sales calls.

February 13, Mars conjuncts Uranus. This transit is prone to arguments, unexpected events, accidents and changeability. Caution is advised in these areas.

February 18, the Sun sextiles Uranus. This is positive and prone to new ideas and projects. Venus conjunct Saturn can be a positive transit for business ventures, and can connect us with things from the past. It can also seem lonely, depressive and some will feel unappreciated and unloved. Some relationships could end.

February 18, the Sun enters Pisces and we are in the Pisces season.

February 19, the full moon (Supermoon) falls in at 0 degrees of Virgo and this is considered a Supermoon. Venus is conjunct Pluto and love could become obsessive or intense, depending on the overall relationship. Some relationships could end at this time. Money matters may also be important.

February 22, Mercury squares Jupiter. Generally positive but things can be blown out of proportion. Venus conjunct Pluto relates to money or love, which can become obsessive or intense.

February 23, Mercury conjuncts Pluto. Good for getting to the bottom of any situation.