Three mass shootings and the astrology behind them 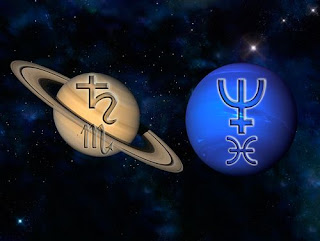 22 people were killed in El Paso August 3rd, and less than 13 hours later another mass shooting occurred leaving 9 people dead in Dayton, Ohio. The previous weekend, July 28, there was a mass shooting at a garlic festival in Gilroy, California that left 4 people dead. Numerous people have been injured, and the shooters in Gilroy and El Paso have been tied to White supremacist/white nationalist groups and that ideology. As of this post 35 souls have left this earth as a result of these three domestic terror attacks, making it a deadly week in America. This astrology is complex, and for the sake of brevity I will try and sum up the most significant transits.

First of all, we are in a difficult period as Saturn is conjunct Pluto in Capricorn. This is a dangerous and stressful time, and these two planets  become exact, January of 2020. The things we have seen since May- July will be amplified in January 2020 and I have come to the conclusion as I have watched the transits and the summer eclipses that if we do not get a grip on these groups and the number of weapons of war in the hands of those who are willing to kill, by January 2020 the problem (among other things) will be amplified to a crisis point. This is not only a problem in America but other countries as well.
Saturn-Pluto periods coincide with upheaval, crime, abuse of power, wars and attacks, and major global and geo-political changes. A transit like this occurs roughly every 38 years or so. This transit will continue to dominate the sky and in particular America's natal chart throughout 2020.
Saturn conjunct Pluto in Capricorn has not occurred since 1517. That year, German scholar Martin Luther disagreed with the Catholic Church and was eventually ex-communicated. Thus began the Lutheran Church and the Protestant reformation, and the years of bloodshed that followed. If you are not familiar with this time, the Pope was the authority in Europe, both on a political and sometimes a military level. This was a significant event in history that changed the world. America last experienced its Pluto return, or Pluto in Capricorn at the time of the American revolution.
America's natal chart
I use the Sibly chart for the US which has a Sagittarius ascendant. That means the second house is Capricorn and the 8th house is Cancer. Mercury lies in the 8th house. The 8th house rules death and national mortality, and Mercury rules speech and communication and young people.
The eclipses of July were significant falling in the 2nd and 8th houses. The lunar eclipse of July 16, (24 degrees in Capricorn) opposed the 8th house showing us we would hear of a significant death/deaths of significance. On July 16, former Supreme Court justice John Paul Stevens passed away at 99. As Mercury was also retrograde at that time, events connected to the eclipse could be delayed, and the energy of an eclipse is very powerful for the next month.
August 3rd, Mercury moved to 24 degrees of Cancer, setting off what is called the 'eclipse point' as it opposed Capricorn at 24 degrees, bringing up events that are connected to the eclipse. Mercury opposed Mercury in the 8th house of death in the US natal chart, showing us death connected to young people. The shooters are all young males.
Sun, Venus and the Moon
The week of July 28, was bound to be a difficult one. It started July 28, as the Sun squared Saturn and 4 people died when a mass shooter killed 4 people at a garlic festival in Gilroy, Tx. Sun-Uranus transits can relate to explosive circumstances including violence.
The New moon July 31, (supermoon) fell at 8 degrees of Leo, and it squared Uranus as well. Uranus often relates to explosive situations and violence.
Lastly, Venus squared Uranus August 3, the day before the two last mass shootings. Venus-Uranus also can coincide with market fluctuations and we have seen a significant drop in the stock market as well.
Mercury will square Uranus on August 16, on the heels of a full moon in Aquarius. We could see unexpected events again.
The timing of the Moon and the El Paso shootings
As news of the El Paso shooting was breaking on the networks, I glanced at the chart and saw the Moon in Virgo was opposing Neptune (in Pisces). Due to the moon placement I knew this shooting was probably carried out by someone with mental issue or who held or some type of ideology not supported by society, or both. As it turns out the shooter was concerned about an 'invasion' of immigrants coming through Texas. He left an essay on his beliefs before he carried out the shooting. We have seen this Moon placement before along with other significant aspects occurring in these types of attacks. The Moon opposes Neptune once a month, and this alone is not enough to be connected to a violent event, and it typically is not.
These are not all of the transits relating to these shootings, but they seem the most significant.
May the victims and the injured, their family and friends all find peace.