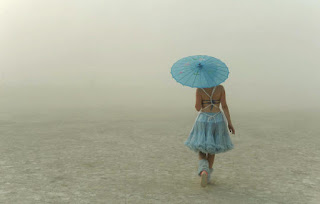 A stellium of planets in Virgo will dominate the September sky the first half of the month. The fast moving planets, the Sun, Mercury, Venus and Mars are all in the sign that rules the sixth house of work and health. Virgo is the mutable and last sign of summer when the weather starts to change. Now is the time to enjoy what the earth has to offer in terms of gardening, landscaping, hiking and the likes as summer wraps up.

It is always easier and more productive to go with the flow instead of working against it. Virgo rules the 6th house of work and health and is a practical and logical sign and takes a systematic approach to all things, being hyperaware of every detail. Virgo is all about getting things exact and correct. Now is the time of the year to get your own house in order. When the fast moving planets go into Libra later this month things will change again. Virgo's planetary ruler is Mercury (also Gemini's ruler).Virgo is about sensory input while Gemini is more concerned with  outward expression. Virgo is naturally a perfectionist, and has the reputation of being critical. This is generally an attempt to keep things in order and running smoothly. But, with this many planets in Virgo things or people may seem to be more critical and demanding, or you could come across like this to others so watch your communication and interaction with others!

The September T-square
The Virgo planets will become part of a T-square that will last through mid-month.  A T-square is an aspect that involves three planets at 90 degree angles and their energies become combined. A square is stressful. It is a mutable t-square which means energies are very  changeable. The significant planets are Jupiter (expansion) and Neptune (illusion, delusion and confusion) and the Sun, Mercury, Venus and Mars will clash with these two. As each planet clashes in the t-square it will 'set off' the larger Jupiter-Neptune square that is in effect most of the year.
Jupiter square Neptune is one of the 10 major planetary cycles. It creates confusion, unclarity and decisions or issues around faith or spirituality can come into play on the world stage. For some, it can be a highly creative and compassionate period. There is magic in this transit but for some it will be fraught with confusion or lack of clarity. While some can prosper, it can also represent pie in the sky ideas and it is advisable to be careful about getting involved in anything that seems too good to be true.
As the t-squares form look to experience low energy, confusion and all things will not be what they may seem. You could experience significant dreams or intuitive, creative or spiritual experiences, but for others it could seem defeating. If so, don't take these feelings seriously as they will soon pass.
September 2-4 Venus joins the t-square. This will bring relationships and money matters to the forefront. Venus-Jupiter is typically positive, but Venus-Neptune can indicate a lack of clarity in love, money or values. On the positive side, for some it seem like a magical day.
Mercury is the second planet to join the t-square September 6-7. We can expect problems with communication (Neptune), unclarity or outright lies. Things may be blown out of proportion (Jupiter) and if they seem too good to be true they probably are. We could see extreme water related weather conditions at this time and throughout this month.
September 8-10 the Sun joins the t-square. Egos may come into play and so can insecurity. Communication can be problematic, and the bigger the ego, the harder the fall.
Mars is the last planet to join the t-square September 12-14. Action and communication may become confused and for some, the ego could take a hit.  This transit can lead to frustrated and confused action. The other side is spiritual, compassionate or creative action and my advice is to go in this direction as it is the more positive use of the transit.
How these transits affect you depend on where Neptune, Jupiter and the sign Virgo are located in your personal chart. You will be affected to a greater degree if you have mutable planets (Gemini, Virgo, Sagittarius or Pisces) in your chart at 14-18 degrees.
The Sun enters Libra September 23, and this marks the Fall solstice (first day of fall) and we will have another stellium of planets in Libra as The Sun, Mercury and Venus will all be in this sign for the rest of the month. Energy will change and our focus will be about relationships and partnerships and people may seem more agreeable.
September 14, Mercury and Venus enter Libra.
Look for the energy to shift now and people will be more accommodating as Venus is at home in Libra. Mercury-Venus transits are upbeat and positive. Venus in Libra works well for Libra and all air signs and Libra often feels it's best. With the shift in energy we will start to move away from our focus on work and details and become more people and partnership oriented. The Sun enters Libra in the early morning hours of September 23, and fall officially begins and a new stellium of planet in Libra change the energies once again.

Saturn turns stationary direct September 18, at 13 degrees of Capricorn.
While retrograde, Saturn slows down the normal rate of activity so better methods can be developed and organized. Saturn rules the structures in our lives and allows us to develop our boundaries.
Wherever transiting Saturn is located in your personal chart is where you need more work to avoid feeling limitation in some way.
When Saturn is retrograde it is typically the most difficult period of the transit and it retrogrades every year for about four months.
As Saturn turns direct this can be good news for many issues and situations that have been stuck or in some way or unproductive will begin to move forward now and this is true for both the individual and the collective.  Saturn can represent a reality check in many areas of our lives and even in the world.
While Saturn was retrograde many problems were internalized that were cloudy and difficult to figure out, but now the problems will become clearer along with the solutions for change. Things will start to move forward on the world stage and in our lives.
Full Moon and New Moon
Pisces full moon
September's full moon, the last of the summer, falls on September 14-15, at 21 degrees of Pisces. Pisces is the most psychic and spiritual of signs, and rules the 12th house of endings so this full moon can relate to the finalization or end of many situations.
It forms a t-square with Jupiter, Neptune and the Sun and Venus. We will be pulled in many different directions at this time. It opposes Mars (frustration and anger) and Venus (money, relationships, values).

This moon will be ultra sensitive. As Pisces is ruled by Neptune we are dealing with the planet that dissolves boundaries. This is a perfect time for spiritual, psychic, creative or compassionate work.

If however, you feel emotionally vulnerable this moon can confuse, torpedo confidence or you could feel like you are drifting.

Addictions could prove to be problematic at this time.

Pisces is ruled by Neptune, the lord of the sea. Ocean tides run high and so do our internal tides. Neptune rules drugs and alcohol, theater, creativity, spirituality, and the seamy side of life. It is the planet of illusion, delusion and confusion. The symbol of Pisces is two fish swimming in different directions for a reason.

Of significance on this moon is the t-square involving Mars-Neptune-Jupiter over the next few days. Confusion can abound on a transit like this, and certain things can be revealed at this time. This will be a difficult transit in that it can be hard to get to the truth and all things may not be as they appear. Expect to see scandals in the world and water related weather situations. Mars-Neptune also rule gasses and chemicals. We could see police action or violence and events will not all be clear at this time. Use caution.

New Moon in Libra
A new moon falls on September 28, at 5 degrees of Libra. Libra rules the 7th house of marriage and partnerships, as well as courts and justice and it is here our interests will lie. This should be a positive moon as Venus sextiles Jupiter which is excellent for any kind of social activity, conversation, meeting or fun. With this many planets in Libra, most people should feel amenable to others.

Other significant days in September:
September 3, The Sun, Mars and Mercury all conjunct at 10 degrees of Virgo. This can be angry and stressful energy that can be indicative frustration or even accidents. It could affect travel and communication. Use caution.
September 21, the square between Jupiter and Neptune becomes exact and this energy is at a peak. Look to see events in the world play out around this time.
September 22, Mercury squares Saturn. This can be negative, tiring and frustration energy. If you feel blocked this will pass in a day or so,
September 25, Venus squares Saturn. Issues can arise in relationships or money. Not a great day for social events.
September 26, Mercury squares Pluto. Obsessive thinking could be a problem, as could arguments and accidents.