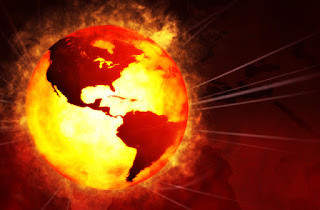 The Sun squares Pluto Wednesday, April 6, exact at 4:10 PM, EST. After this point the transit will still be powerful but waning into the evening hours. It precedes the energy of the powerful NewMoon in Aries, that occurs Thursday, at 18 degrees of Aries.

This can be a difficult transit fraught with power struggles and arguments if you aren't careful. You may be prone toward getting into useless battles or even debates, which brings up the old adage, 'chose your battles carefully.' It could be difficult to find common ground. There could be a feeling of forced change in your life.

This can stir up ambition, aggravation and the bullies in the world will make themselves known.

You may not be in the mood for superficiality, as Pluto transits go beneath the surface and are satisfied with nothing less.

There could be issues over joint finances or money matters, sex, obsessiveness or control. Pluto rules the dark side of emotions and at times, actions. There will be those who try and force their will on others, or treat others harshly, and this may necessitate the need for courage and strength.

Used wisely, you can accomplish a great deal and make changes by bringing things out in the open, but you must take a careful, diplomatic and well thought out approach. If there are conflicts however, realize the other party may not be so diplomatic. If this is the case, my advice is to wait for this energy to pass, along with the New Moon energy as well.

You will be affected by this to a greater degree if you are a mid degree(14-20 degrees) Capricorn, Aries, Libra or Cancer or have planets in your personal chart at these degrees.

This transit will play out in the world as described above and you can bet the media will be involved. It will be a day of conflict on many levels, and we will hear important news relating to power struggles and issues that could be dark and deep seated. No doubt we will hear more news of politics and the candidates as we slog through this unusual election year.
Posted by Leslie Hale at 7:27 AM