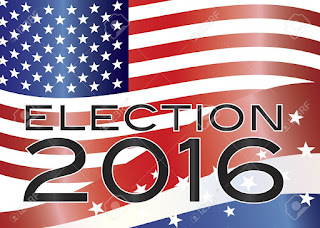 As I predicted in early this year, Donald Trump's chart showed a clear indication of lawsuits, and major issues that would come to light as the Neptune-Saturn-Jupiter t-square comes into orb.

The combination of Saturn, Neptune and Jupiter falls directly on Trumps 11 degree Virgo ascendant. On June 1, (as the Sun squares his ascendant setting off the grand cross), the news is full of reports about an impending lawsuit against Trump University, with many former representatives and students of the program claiming that Trump University took advantage of the elderly, and that is was 'a fraud.'

Neptune in the 7th house, opposing his ascendant shows issues with courts, lawsuits, and those he would consider open enemies. This is a lengthy transit that will reoccur numerous times into 2017.

Saturn squares Neptune creating confusing, if not depressive situations in June, and this shows Trump's credibility and character being called into question.


Saturn square Trump's ascendant is a restrictive influence, and he may be building walls between himself and those who can help him

June 5-8 looks significant and Trump appears to be on the attack again.


The State Dept. Inspector General report was critical of Hillary Clinton's email practices the latter part of May, as Mercury turned direct, opposing her Pluto. While detractors will no doubt continue to debate this issue, it will not be a significant factor in her campaign. She could hear more bad news as Mercury opposes her Saturn June 5-6, and she herself could be highly critical of others at this time.

There is nothing in her chart that tells me she will be indicted by the FBI over these practices in 2016. Saturn trine her Mars will in fact help her press forward with her campaign during June.

Jupiter, the planet of expansion and gain is transiting Clinton's 10th house of career and reputation. By month's end Jupiter will sextile Venus and this is a positive if not lucky transit.


Bernie Sanders is the third candidate still left before the conventions, and the only candidate not embroiled in legal issues. The t-square of June squares Sander's Sun creating friction and obstacles to his success, but never underestimate the positive power of Jupiter as it conjuncts his Sun the week of June12th and 19th, and his die hard supporters are not going to give up.

Could Bernie make a bold move in June? Possibly, as Uranus conjuncts his Mars during June, giving him an unexpected burst of energy, along with Jupiter conjunct his Sun.

Sanders has said he would go until the Democratic convention and there is speculation he could become Clinton's VP pick.

This is a strange election year with the t-square, and there are still going to be more unexpected twists and turns this spring-summer.
Posted by Leslie Hale at 2:36 PM