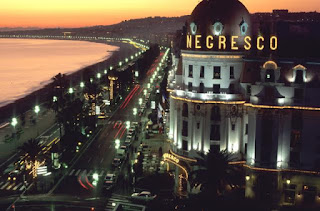 Thursday July 16, a large truck plowed into a crowd celebrating Bastille Day in Nice, France. At the time of this post 84 are confirmed dead, including children and at least 202 are injured. The driver of the truck has been described as a 'loner' French-Tunisian criminal who became depressed when his wife left him.  He was identified as 31 year old Mohamed Lohouaiej Buhlel. He was described by others as depressed and unstable. He was shot dead by police as he returned fire. A suspected accomplice is on the run.

A US father and his son are reported among the dead.

The driver was reported to have shouted  ‘Allahu Akbar’ – God is great in Arabic – before being killed in a clear suicide mission. Pro-ISIS groups have been celebrating the attack, and the attacker is reportedly linked to ISIS according to news reports at this time.

The attack occurred July 14, at 11:01 PM. At 11:03 PM the truck engaged in gunfire with police near Rue de Congres in Nice. Within a minute the suspect was shot and killed. This gives us the chart for this event.

The Sun falls in the patriotic sign of Cancer at 22 degrees in the fifth house of children and entertainment and it is square Uranus at 24 Aries, showing us the possibility of an unexpected event that could involve explosions. According to the police the truck was filled with grenades and guns.

Venus and Mercury are conjunct at 1-3 degrees of Leo showing a pleasurable activity/fun event. (Bastille Day)

Mars falls in the 9th house (foreigners), and the driver had dual citizenships, and his accomplice is unknown.

Mars rules young men, guns and aggression and its ruling sign, Scorpio, is the natural ruler of the 8th house of death. Mars is in a quincunx  with Uranus, which is a dangerous transit and this combination shows the possibility of violence and explosions.

At the time of the attack the Moon was 23 degrees of Scorpio, conjunct Mars, showing us the timing of the event, and the likelihood of a violent incident involving guns, and it falls in the 8th house of death. The Moon is also quincunx Uranus.

Jupiter falls in the 7th house of 'open enemies,' and opposes Neptune at 11 degrees of Pisces, and creates a t-square with Saturn in the 9th house of world view, and foreigners.

This transit has created turmoil in our world and relates to terrorism and ideologies. We have seen numerous terrorist attacks around the world since this transit began in fall of 2015. The transit will dominate the skies through September 2016.

My thoughts and prayers are with the people of France and all those killed in this horrific attack.