Full Moon-Uranus and the Republican convention 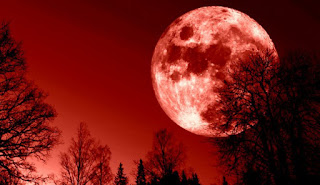 This month's full moon in Capricorn falls at 27.40 degrees of Capricorn on July 19, 2016, peaking at 6:58 PM, EST. The energies of a full moon begin about a week before the Moon peaks and lasts until the New Moon two weeks later.

Capricorn is ruled by Saturn, and Saturn is a serious planet and the natural ruler of the 10th house of business and priorities. For most of us, this is where our priorities will lie, along with the home life. This is not a light and airy Moon.

As the Sun opposes the Moon every full moon this has a polarizing affect and people can get overly emotional.

This Moon forms a t-square with the Sun and Uranus. A t-square involves all three planets (Sun, Moon, Uranus) and these planets clash energies. We will be pulled in many different directions during this time.

Cancer (the Sun) and Capricorn (full moon) are cardinal signs associated with the 4th and 10th houses which are the angular houses, or action houses that rule home and business.

Change is going to occur when we have a full moon like this. If it aspects something significant in your chart it can be significant change. With this moon it is time to take a fresh look at things and perhaps try something new. You must however, guard against 'throwing the baby out with the bath water,' so to speak.

It helps greatly that Venus and Mercury are in harmony with Saturn and this will give us some stability.

Most importantly, this Moon squares Uranus, and Uranus rules freedom, breaking free of things and situations that may be oppressive, and sudden and unexpected, and sometimes shocking situations and events and change. Uranus is the sign associated with revolutions and freedom at any cost.

If you are in a relationship that has been tottering on the edge someone may want to break free. Freedom is the theme of Uranus and it can affect many different areas of life.

It will be important to take a new look at old problems and situations, and seek new solutions.

This Moon falls during the Republican Convention this year, held July 18-21 in Cleveland, Ohio. There will be a lot of emotional reaction during this time, both pro and against Donald Trump, the presumed nominee.

I do not expect this convention to be a calm affair. What we can expect are sudden events and disruptive situations, and it would not surprise me if things get out of hand, or we see violence. People will want to rebel on many different levels, and for a variety of reasons.

As Trump's natal Venus-Saturn fall at 25-23 degrees of Cancer, this Moon forms a t-square with his Venus-Saturn conjunction and Uranus. What he can expect are sudden and surprising events and situations.

As the full Moon opposes his Saturn-Venus this represents conflicts with others, insecurities and burdensome issues and responsibilities that represent a low edge. He will face a tremendous amount of opposition, and could even consider giving up. I'm not saying that he will withdraw but he will encounter stiff opposition, especially those in established positions of power.

Mars at 25-26 degrees of Scorpio trines his Venus, lending some support at the start but by the end of the convention Mars squares his natal Mars and this represents anger, aggressive behavior, fights and confrontations. As Mars was retrograde most of the spring this represents the third pass of this transit. Both transits in the past months brought major conflicts with others.

This Moon falls on the US chart (sibly) natal Pluto in the second house of income-money. Pluto rules the dark, hidden undercurrents, and deals with power, bullies, nuclear issues, and those who deal in raw power. This Moon will be an emotionally intense time, and the people will express deep seated emotions/reactions/responses one way or another. The word 'uproar' comes to mind, and Pluto can represent breakdowns of many types.