Full Moon in Capricorn and our unstable world 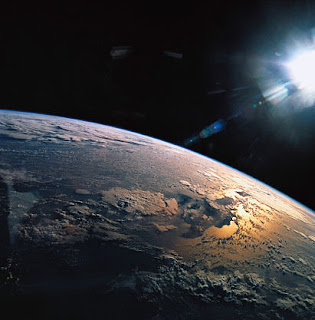 On the eve before the powerful Sun-Uranus square became exact, (7-15) and the full Moon in Capricorn on July 19, a military coup attempted to take over the government of Turkey.

News of the coup came around 2:30 PM, CST, as the Moon in Sagittarius formed a t-square with Saturn, Neptune and Jupiter. T-squares are difficult aspects and as this one involved Neptune and Saturn the situation going on was unclear with both sides proclaiming they were in power for a time.

The sudden coup, and news of it came as the Sun-Uranus square was building to an exact aspect, along with the full Moon that squares Uranus,  and these are a classic planetary events that often proceed a coup.

But, as the Moon in Sagittarius formed a conjunct with Saturn (Saturn rules structures-establishment) in the late evening hours, we heard news the existing government was in control and the coup was apparently squelched.

July 17, it is was reported that 6,000 plotters have been arrested including Senior Generals. July 18, the European Union foreign policy chief suggested that Turkey’s bid for E.U. membership could be at stake if it reinstates the death penalty against coup plotters.

US Secretary of State John F. Kerry followed her warning, saying NATO will be scrutinizing Turkey in coming days to ensure that it fulfills the alliance's requirement that members adhere to democratic governance regarding the 6,000 arrested.


Almost every coup involves Uranus, the planet of freedom, rebellions and coups. As I wrote in my first article about this full Moon, the square to Uranus is significant and often leads to the overthrow of governments, unexpected and sudden events and explosions.

Arab Spring for example, began December 18, 2010, in Tunisia as Uranus squared the Sun and conjuncted Jupiter. The full moon on December 18, would sextile Uranus, and this was a powerful combination for those who wanted to break free and overturn the existing order.

The attempted coup of July 15, was like a boiling pot about to overflow with the transits of the days before as Venus and Mercury both squared Uranus in previous days, and the Sun opposed Pluto July 7.

Turkey has a rich multi-cultural history. Istanbul, Turkey is where Asia connects to Europe. It is here Byzantine rulers were followed by the Ottoman Empire and is home to Russians, Turks, Arabs, Bulgarians, and a vast array of others to this day.

Looking at the natal chart for Turkey transiting Uranus is opposing natal Mercury and Saturn in the 5th house (young people) and the Sun-Uranus square, along with the full Moon set this powerful configuration off. As the full moon becomes exact there could be more unrest or news.

Mercury-Saturn involves publishing, speech and Mercury next to Saturn in Turkey's natal chart shows limitations where speech is concerned. Turkey has a habit of imprisoning and persecuting writers and journalists.

Mercury also rules young people, and Saturn entrenched and established structures. Uranus will oppose Turkey's natal Saturn-Mercury several more times before completing in 2017. Should the government remain in control for now, Uranus will shake things up again in 2017 if not this summer, so the unrest is far from over.

Natal Uranus lies at 13 degrees of Pisces in Turkey’s natal ninth house of world view, foreign matters and laws. As the Moon in Sagittarius squared Turkey's Uranus on July 15, (which is also being aspected by the Saturn-Neptune square) this too contributed to the attempted coup as the Moon set off the Saturn-Neptune square.
Uranus at 13 degrees of Pisces in Turkey's 9th house shows a changeable and/or unique world view, and foreign relations, all that can be heavily influenced by religion and ideologies.

As the transiting Neptune-Saturn square falls on Turkey's natal Uranus, this shows us danger of confused belief systems, confusion and uncertainty connected with foreign relations and partners, conflicts over ideologies, lies and lack of clarity on a national level, and potential change in terms of laws and the legal system. As the Saturn-Neptune square relates to terrorism, the country is at risk, as is its overall belief system and religious ideologies. It also shows issues with foreign partners or those abroad.

Looking at this chart we can see an unstable country and there could well be more potential coup attempts, or changes in government and laws. There could be issues over philosophy or religion that involved foreign people and foreign related situations. Turkey is an important ally because of its strategic location, among other things.

July14, a truck plowed through a crowd in Nice, France killing 87 and leaving  at least 200 people injured. This event also born on the eve of the Sun-Uranus square, and occurred as the Moon was conjunct Mars, which can show violence.

It is against the backdrop of this energy the 2016 Republican convention begins, July 18.
Saturn is approaching an opposition to Uranus in the US natal chart, that becomes almost exact July 27-the end of August. Saturn/Uranus transits typically relate to upheaval, rebellion against authority, and violent/unexpected incidents.

The full Moon in Capricorn on July 19, conjuncts Pluto in the US natal chart, and the Sun opposes Pluto.

This Moon squares Uranus at 24 degrees of Aries and as Uranus is currently square Mercury (communication, young people) in the 8th house of the US natal chart, (the 8th house rules death and transformation/taxes), this moon becomes part of a difficult t-square that involves Pluto (power struggles, raw power, abuse of power, transformation), Uranus (sudden unexpected events, revolts and explosions), and Mercury (communication, transport, young people).

This is a significant transit and will be a history making time. Pluto represents all things that are hidden in a society such as secret police, sewerage workers, organized crime and self destructive impulses. It rules what was referred to by Jung as psychotic outbreaks in the collective consciousness.-from Nicholas Champion's writings. At its best it can represent a rebirth process.

As the Sun opposes Pluto in the US chart this shows dangerous circumstances and power struggles.

With Uranus in the picture we can expect great unrest among the population, especially that involves young people and the information will flow at a rapid pace.

With the unrest could come some type of civil or military push back that has the potential to turn ugly.

Mercury and Venus will trine Saturn in Sagittarius over the next few days, and this may give us a bit of planetary help. Leo is the sign of pomp and showmanship.
Posted by Leslie Hale at 8:55 AM