Buildup to the full moon in Aries and beyond 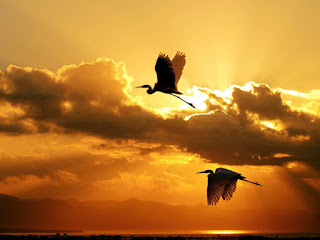 As I have written, the full moon in Aries, October 16, is significant, changeable and volatile. There are a number of transits that will affect this moon in the days preceding it, and after. Let's take a look:

October 13, Mercury squares Mars-this is argumentative, and indicative or trouble with communication, travel and young people. On this day you need to direct your mental energy toward a goal.

October 14-15, the Sun opposes Uranus. Uranus rules explosions, aircraft, earthquakes and extreme weather as well as freedom and unexpected changes to name a few.
Many unplanned things can happen on this day. You need to give all people and yourself freedom, and some situations will likely end. We can see unexpected events in the world, and we are entering into a dangerous period where violence is likely in the world.

Also on October 15, Mercury squares Pluto. This is a transit indicative of obsessive thinking, arguments and trying to find out information. Or information you did not know can be revealed. In the news we will see much about the media, propaganda, relationships and it is intense and difficult to handle, especially if this aspects your personal chart.

October, 16, the full moon in Aries occurs around midnight, EST. Prior to this the Moon will square Pluto creating an intense period the evening before and as it conjuncts Uranus, this moon is unpredictable.

October 19, Mars squares Pluto. This is a dangerous transit and tends toward obsessive thoughts, anger and can be violent in nature. Calm is the key, and avoiding conflicts and dangerous situations with others. Major, volatile events in the world will play out.

October 20, Mercury opposes Uranus.  This is prone toward unexpected news, changeability, and accidents. You mind and thoughts may be rapid fire, and you could experience some type of insight. If so, write it down. You could also experience communication problems.

Some people will experience the negative side of these transits more than others, depending on what is in your chart. Most people will move through this period without serious problems, but forewarned is forearmed. A calm demeanor and rational thinking is the key as we pass through this time.
Posted by Leslie Hale at 1:25 PM