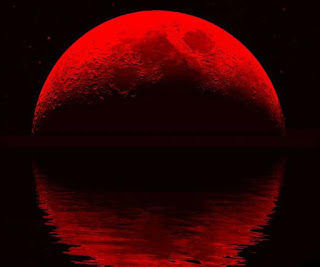 Mars is approaching its square to Uranus, which becomes exact in the early morning hours of October 29. On the same day Venus conjuncts Saturn and this precedes the new moon in Scorpio on October 30, by only hours. The energy of this transit will build throughout this week.

Mars-Uranus transits are unpredictable in nature, and we can expect the unexpected. On a personal level we can expect to experience changeability and the day may not go as planned. If this transit aspects your personal chart you will feel its affect to a greater degree depending on what it is hitting in your chart. It will aspect your chart if you have Cardinal planets-Aries, Cancer, Libra or Capricorn- at 22-24 degrees.

This is an angry transit. You may feel the anger yourself or in your surroundings and those you associate with. Some people may seem egotistical and there could be explosive outbursts of temper. This is not the day to push an issue that is volatile, and unless you are prepared for consequences.

There may be disruptions to your day in unexpected ways and changeability.

Venus and Saturn typically do not blend well. Emotions will be tempered with this transit, which with Mars square Uranus, is not especially a bad thing. As Neptune has been square Saturn for months, this can bring a needed reality check.

Then again, some may feel their emotional needs aren't being met, as this is the typical manifestation of Saturn-Venus. Venus and Saturn can seal a relationship or end it.

Emotions and love will be tempered with practical concerns but if your relationship is healthy this transit will not destroy it.

Unhealthy, brand new, or negative relationships may well end at this time though.

These transits will play out in the world as well. Venus rules women and money, and in Sagittarius, this transit represents ideals, ideas, and philosophies.
Mars-Uranus shows the potential for violence, and Uranus rules aircraft and explosions as well as communication and the internet. Business could be disrupted in some way.

I think we can depend on more unexpected political news and further revelations.