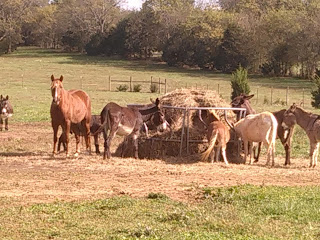 Mutual reception basically means the two planets want to help each other out. Mars rules men and Venus rules women, so we may see the sexes wanting to cooperate more, or come to a greater understanding.

That said, it is interesting that both planets are in their detriment in the others sign. This means neither sign comes from a position of strength. So, while the will may be there, the way may not become possible.

It's interesting with this placement sexual abuse issues are coming out again (Harvey Weinstein, George Bush Sr., Kevin Spacey, Roy Price, Robert Scoble, Chris Savino, Bill O'Reilly and others to numerous to mention), #Me too went viral in October as a way of encouraging women to recount personal sexual abuses of a misogynistic nature, just prior to Mars entering Libra.

It's going to be an interesting month in many respects. We will see what kind of results Mars and Venus produce, or if it's just another round of giving lip service to an age old problem. Either way, it is drawing attention to the problem. Any attention to the issue can only help to change it in the future.

Saturn trines Uranus for the third and final pass, exact on November 11 at 25 degrees of Sagittarius-Aries. The energy will be felt before it becomes exact, and decreases in strength after the exact date. This has contributed to maintaining stability in society in spite of nothing but chaos in Washington.

This is an excellent transit for stability and in some ways combining the old with the new. With this transit there is an awareness of needed change, but without the desire to overthrow things and create more chaos. This can be positive for any task requiring disciplined application, such as learning a new skill. Any activity is favored with this aspect as long as it leads to creative change.

As the transit passes we may very well see less stability in Washington, and more shakiness in the economy and politics. The short sightedness and lack of attention to many policies (such as healthcare) will become more apparent after this transit passes and we lose the stability it brings.

When both Saturn and Uranus change signs next year however, we will see this aspect again, falling in the Earth signs of Taurus-Capricorn.

If this trine aspects your personal chart you should be in a period where you can experience change for the better in some area of your life depending on what it is aspecting. It will aspect you personally in a very positive way if you have planets at 24-26 degrees of Leo or Aquarius. Otherwise it affects us all to an extent, collectively.

Other transits in November
November 3, Venus sextiles Saturn. This is basically positive and makes us realistic about those we care for. Could be positive for money or reconnecting with those from the past. The Sun also trines Neptune, and this could be used for spiritual or creative purposes. Good all the way around.

November 4, the full moon falls at 12 degrees of Taurus, in the sign ruled by Venus, peaking at 1:23 AM, EST. Venus rules love and money, and it is here we will be focused.
Taurus can be the most stubborn of signs and I would guard against being 'immovable,' or others could seem this way.

Venus opposes Uranus on this moon and we will see some surprising events. As Venus rules love and money, this is the likely area where events will occur.

For some, relationships will end, but this will only typically occur if your relationship is tottering on the edge anyway.

If you are in a stable relationship, there could be some unexpected event, but the other side of this transit is more positive-excitement, or trying something new, different or unusual. You could break out of a rut in some way. I would guard against taking sudden actions that you could regret later.

November 5, the planet of communication (Mercury) enters Sagittarius. It will remain in this sign until January 11, 2018 as it will retrograde on December 3.

Sagittarius is the most expansive of signs and open to new ideas and ways of doing things. This placement is good for travel and people may be more enthusiastic and social.

Now, consider this a warning of you are a Christmas shopper!  Most people understand a retrograde Mercury is the time glitches occur, things break down, and in reality we should buy as little as possible due to the propensity to change one's mind after the purchase.  I would try and complete my shopping by November 18, as this is when Mercury enters its shadow phase of the retrograde. If you can't do  this, then complete your shopping by December 3, when Mercury turns retrograde. Mercury turns direct on December 22, at 13 degrees of Sagittarius. My prediction is there will be a lot of last minute shoppers this year and returned gifts!

November 9, the Sun sextiles Pluto. A good day to get to the bottom of any questions or research.

November 13, Venus conjuncts Jupiter. This is a pleasant transit, prone to enjoyment rather than work. It will be easy to overindulge. Great for social interaction, and the results will be felt the night before.

October 13, Mercury squares Neptune.  This is a difficult and confusing transit and  not good for important decisions and conversations. You could feel depressed, or melancholy. Conversations and situations will be misunderstood. Dreams may be vivid. Don't take things at face value-let this pass.

November 16, Venus trines Neptune.  this transit is prone to creativity and compassion of all types. You could find yourself more interested in pleasantries-music, moves or the like, or in helping others. As Neptune is involved dreams may be vivid.

November 17, Mercury sextiles Mars. This is good for conversation or writing. People may be more talkative than usual-positive.

November 18, the New Moon occurs at 26 degrees of Scorpio. Scorpio rules the eighth house of other people's money, taxes and debt, change and transformation.

November 19, Mars squares Pluto at 17 degrees of Cancer-Capricorn . This is an angry and difficult transit, prone to arguments, accidents and power struggles. Best to avoid contentious subjects and if you push someone, expect pushback.

This will be a significant day in the world as Pluto rules the bullies and those pushing their agendas.  Pluto rules nuclear situations, and the New Moon in Scorpio is also ruled by Mars and Pluto. We could see conflict over money or taxes, and the world will be an angry place this day. Caution is advised for a few days.

November 21, Venus sextiles Pluto. A positive day for finances or expressing your feelings. Or it could come from someone else.
Also the Sun enters Sagittarius, and we are now in the Sagittarius season!

November 22, Neptune turns stationary direct. When Neptune is retrograde it brings about more acute sensitivity on an inner level and we may be able to pick up on those things we don't perceive when Neptune is direct. We are more likely to be listening to our own inner voice during this time and creativity and psychic or intuitive abilities may be increased during this time.

If transiting Neptune turns direct aspecting a personal planet in your chart, in hard aspect, we may deceive ourselves or others may deceive us, and situations can be revealed for what they are. Neptune transits can go on for several years and if ever your feet need to be planted on firm soil it is now if you have such an aspect.

As Neptune turns direct, what we have learned on deep psychic levels over the past several months can be put to use in the outer world. In some cases our thinking can become more clear.

November 28, Mercury conjuncts Saturn. This is a tiring and depressing transit prone to negative thinking and communication. On the other hand it is good for work associated with critical thinking and analyzing. Communication should be clear, if not overly critical or demanding.