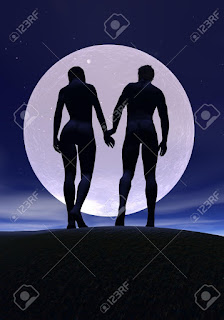 The full moon falls in the afternoon of October 5, at 12 degrees of Aries. Aries is ruled by Mars the God of War, making this a powerful Moon that will play out before and after the actual lunar peak. The Moon squares Pluto making this day volatile in the world and in our personal lives. Mars is ego motivated and oriented, and this will represent the overall attitude of many on this day.

Moon-Pluto transits can often reveal situations and motivations, and confrontations with subconscious problems can arise. The Moon rules women. Some may experience extreme emotional conflicts, domination by others or attempts to dominate others. Difficulties with joint finances can arise, or there can be some type of disruption in the home, or with women. Moon-Pluto transits can be obsessive in nature and at times, emotional meltdowns can occur or a desire to force change. Sometimes issues concerning sex can come out into the open.

This is angry energy and my advice is not to act on it.

On the same day, Mars conjuncts Venus, and this transit rules the sexes. At times, this can be difficult and create tension as the sexes vie for control. As Mars and Venus are in Virgo, things can turn critical or nit-picking could occur. This is a waste of time and energy, because the same transit can lead to a meeting of the minds with a deeper understanding of how both parties see things if you take the higher road with this transit.

The is a powerful full moon, and should be used constructively. If so, the result can be transformation on some level. At its worst, this is a volatile day that can lead to endings.

Violence can occur in the world, and this Moon is part of the astrology of the October 1, massacre in Las Vegas. I hope we don't see more violence, but it is possible. Pluto rules bullies, those who force their will on others, nuclear events and situations, and conflict over joint finances, taxes and other joint monies.

Other transits occur after the full moon, that can be related to the full moon energy even though the moon reached its peak.

October 8, Venus squares Saturn. Now is the time to take a realistic approach to relationships, and some situations may end. This is not a day for high expectations. If you can accomplish what you need this should be a positive day. Many people feel lonely, discouraged or unloved on this transit.  There can be a tendency to over react to situations and some things will end.

Also, on the same day, Mercury conjuncts the Sun. This is considered a willful transit and many will project this energy. Arrogance and pushiness may prevail, and you may be tempted to say exactly what you think, and so could others. Watch travel and communication.

Finally, on October 9, Mercury and the Sun square Pluto. This is a difficult square that can be obsessive in nature and arguments may be common. You could have a specific and single thought in your mind and it may be hard to let go of.

Full moon energy begins before and after the fact. This is a high energy, Mars-ego (the God of War) driven moon. The energy can go either way. To some extent it is up to us to control our actions, and think before acting. Act too fast on impulse and you may regret it.

As Pluto is involved, the power to transform is present. My advice to find something you wish to improve or transform, and go to work on it. You may be surprised with the results.
Posted by Leslie Hale at 8:26 AM