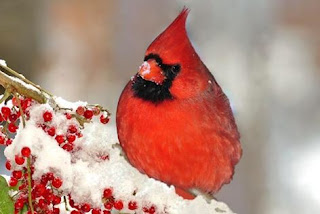 We begin the year with Mercury still retrograde in Capricorn until January 8, when it turns direct in the early morning hours. This has been a difficult retrograde for many!

January  4, Mercury retrogrades back into Sagittarius, and it turn stationary direct 3 days later at  28 degrees of Sagittarius. Mercury re-enters Capricorn January 12, where it will remain until February 7 when it enters Aquarius.

This means we will start the year out in a reflective manner both collectively and individually. While in Sagittarius, thinking and communicating will take on a philosophical tone, and while in Capricorn, we will reflect on our personal structure and foundation in life, focusing on our personal security and those things most important in our lives. When Mercury goes direct, things will pick up speed and it will the time to move forward in a big way! But, don't jump the gun, and remember that sometimes the day or two after Mercury turns direct can be the most confusing period and things can change again. It will start to move forward again a few days after it turns direct.

A significant t-square will dominate the sky January through March that involves Uranus, Pluto and Jupiter.
A t-square is a difficult aspect that involves the energies of three planets, and tends to pull us in many different directions.  As the planets are Cardinal, things will happen quickly and in significant ways both in our lives and the world.

The t-square will reach its peak February-March of 2017. While it never becomes exact (all planets at the same degree) the planets reach a 3 degree orb of each other February-March, 2017 which is powerful. The energy gains momentum the closer it gets.

The t-square energy will play out in the world in terms of change and it will affect our personal lives as well, especially for those with Cardinal planets at  18-23 degrees. The Cardinal planets are Aries, Cancer, Capricorn and Libra.

T-squares like this one typically bring change and upheaval in the world. Uranus is square Pluto again, and this transit dominated the skies 2013-14. At that time we saw many changes in governments, and the upheaval and wars in the Middle East.

This t-square will be set off numerous times in January by the Sun and Mercury are in Capricorn. Significant dates are January 7, 10, 12, 29, and 31st, or the few days surrounding.

During January, stress, upset and anger among the people can be seen in the US Natal chart. Saturn opposes natal Mars (21 degrees of Gemini) and squares natal Neptune, (22 degrees of Virgo) setting off the natal Mars-Neptune square and forming a difficult t-square in the US chart.

Transiting Saturn falls in the first house (of the US chart) opposing Mars in the 7th house of open enemies and squares Neptune in the ninth house of foreigners, courts and world view and this is where the focus will lie. All the news we hear may not be accurate and discernment is necessary on many levels. This transit is prone to scandals that could relate to those considered enemies, or foreigners,  and there is a basic lack of clarity surrounding facts.
Saturn-Neptune transits have to do with fear, lies, lack of clarity and sometimes mourning. Many things will be revealed.

This shows upheaval, friction and the potential for violence, especially around the time of the inauguration as Mars squares Saturn on January 19, and a few days before and after. Typically, this transit deals with volatile situations and police or military action.

The Sun conjuncts Pluto January 7, and this is a harsh transit where new information may be revealed, and or the abuse of power. It can be stressful personally and bring change to those who have cardinal planets at 16-18 degrees.

By January 10, the Sun squares Uranus and this is a dangerous and erratic transit that can often deal with explosive circumstances. The transits are potent as they fall so close to Mercury's direct motion.

The Full Moon of January 12, is also volatile as it falls in the sign of the homeland (Cancer) and squares Uranus, bringing sudden, unexpected and potentially explosive situations.

The transiting Saturn-Neptune square of 2016 changed many things and we saw massive hackings, and misinformation planted by various parties, and scandals. As Saturn squares Neptune in the US chart we may see more of the same and this transit will repeat itself in the summer for a longer period of time.  It is also capable of creating situations where we could see the release deadly chemicals or create health epidemics.

January represents a volatile time of stress, confusion, and even depression for many in the US, and we are at risk of violent incidents. The deep wounds brought on by the 2016 Presidential election are not going to heal overnight.

Saturn will sextile Jupiter however the first week of the month and this is positive, indicative of stability, and if this is making a positive aspect in your chart it can be a time when things come together in a big way. This will repeat itself several times in the New Year, so make the most of these times.

In February Saturn will sextile Uranus and this is another positive transit. During 2017 we have these two beneficial transits to look forward to.

These transits can help with money and business and The US will be prime to make some serious technological advances in the New Year.

Next month, Mars and Venus will continue to travel together in Aries and this will be especially good for those with a Sagittarius ascendant! Mars and Venus don't dance together often but when they do it can be potent!

Additionally, with both Mars and Venus in Pisces (along with Neptune) love can take on a softer and more romantic tone overall, and there may be a more compassionate influence all the way around.

Unfortunately, the end of 2016 has brought the loss of many of our great entertainers and public figures. John Glenn, Zsa Zsa Gabor, George Michael, Carrie Fisher and Debbie Remolds, most recently, to name a few. May they RIP; the world is a better place as a result of their lives and accomplishments. As the major planets come together in stress configurations as they are now (Jupiter opposing Uranus) we see many people check out from our world. Here is wishing you, my friends and clients the very best in 2017.

Other transits in January
January 3, Venus enters Pisces. Love energies take on a softer tone and this will work well for Pisces, especially and all water signs. Also, Mercury sextiles Venus and this is positive for love, expression and money.

This month's full Moon occurs January 12, and peaks at 6:34 AM. EST. This Moon falls at 22 degrees of Cancer and squares both Uranus and Jupiter. Moon-Uranus transits are prone to unpredictable events and Uranus can be unexpected and explosive. As it squares Jupiter, things may be blown out of proportion.

Cancer is the sign ruling home and family as well as our emotional lives, and we can see erratic and unpredictable events. Sometimes people can change their mind with a transit like this and it is not stable. The more well balanced you are, the better able you will be to deal with this erratic, albeit short lived energy.

As Venus is conjunct Neptune all things may not be clear, especially with love or money.  This is not the best time for new relationships to start, business deals, or anything where clarity is needed. Don't take for granted situations that begin on this day. Let this transit pass, and see what transpires after this confusing energy is gone.

January 19, Mars squares Saturn and this is frustrating energy if not volatile. Also the Sun enters Aquarius for the next 29 days, ruling the collective.

January 20, Venus sextiles Pluto and this is positive for expressing deeper feelings.

January 23, Mercury sextiles Neptune. Dreams may be prominent, and this is a transit of creativity and compassion.

January 27, Venus squares Saturn. This is not  lighthearted, nor is it the best day for love or social activities. Some may experience depression and some things may end at this time, if this aspects your chart.

January 28, Mars enters Aries. Mars is the planet of action and the God of war, and Mars is impatient and impulsive here. Many things will move forward at this time as Mars begins it journey again through the first sign of the zodiac.

January 29, Mercury conjuncts Pluto for its final pass. The last time Mercury and Pluto met up, we saw several major events as the Russian Ambassador was gunned down in Turkey and a truck plowed through a crowd at a German Christmas market. This can be a volatile transit in the world and it is prone to obsessive thinking, and arguments in our personal lives. On the other hand, it can be great for research or getting to the bottom of any matter if approached constructively.

January 31, Mercury squares Uranus. With Uranus involved this transit can bring some type of unexpected news or event on this day. Thinking and communication can be rapid and changeable. Use caution driving.
Posted by Leslie Hale at 1:06 PM