The most important transits of 2017 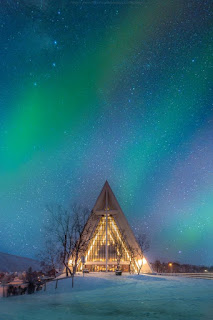 Jupiter opposes Uranus This transit is prone to unexpected situations and events that can go either way. Jupiter is expansive and Uranus is about change and freedom. You could desire to travel, and financial speculation can be very good or very bad. Jupiter rules foreign things and people.  The first pass of this transit became exact on Christmas Eve, 2016-December 29, 2016. We saw several celebrity deaths, and the CIA and FBI announced Russia had been involved in hacking to influence the US election. Changes with foreign alliances and the financial markets are unpredictable. Use caution. This repeats February 22-March 5, and September 27-October 1, 2017.

Jupiter sextiles Saturn This is a positive and optimistic transit that is strong for business. Many things may finalize or come together at this time. Positive. December 31-January 6, August 27-September 1.

Jupiter squares Pluto This can relate to issues with joint finances, conflict, lawsuits, arguments, and major change and transformation in the world and our lives. At times individuals with this transit can believe they are right and attempt to convince others of their position. Strong opinions are evident. Caution. We experienced this transit November 7-14, March 25-April 2, August 2-8,

Saturn trines Uranus Positive for business and improvements or new starts of all types. At times can connect the old with the new, or reconnect individuals. Good for starting new business, clients, internet projects and projects of all types. Positive. We may see major advances in technology. May 12-25, November 6-13.

Jupiter, Uranus and Pluto in a t-square   A t-square is a difficult aspect that involves the energies of three planets, and tends to pull us in many different directions.  As the planets are Cardinal, things will happen quickly and in significant ways.

The t-square will reach its peak February-March of 2017, when Pluto reaches 19 degrees of Capricorn, Uranus, 22 degrees of Aries and Jupiter 20-21 degrees of Libra. While this t-square never becomes exact (all planets at the same degree) the planets reach a 3 degree orb of each other February-March, 2017 which is powerful. The energy gains momentum the closer it gets.

The t-square energy will play out in the world in terms of change and events that will occur, and it will affect our lives as well, especially those with Cardinal planets at  18-23 degrees. The Cardinal planets are Aries, Cancer, Capricorn and Libra.

Pluto in Capricorn is powerful, and Pluto is the planet of transformation. Pluto in Capricorn has to do with business and power, and this includes the bullies of the world and those who force their will on others.

Uranus is the planet of revolts, revolutions and unexpected events, sometimes explosive.

Jupiter is the planet of expansion, money and grace. Libra is the sign ruling relationships of all types and justice.

T-squares like this one typically bring change and even upheaval in the world. Uranus is square Pluto again, and this transit dominated the skies 2013-14. At that time we saw many changes in governments, terrorism, and the upheaval in the Middle East was probably one of the greatest changes.

Mercury retrogrades Mercury is retrograde in Capricorn at the start of the year. January 4, it retrogrades into Sagittarius and turns direct January 8.

The second retrograde occurs April 9, at 4 degrees of Taurus. On April 21 it retrogrades back into Aries, where it turns direct on May 3, at 24 Aries.

The third retrograde occurs August 13, and Mercury retrogrades at 11 degrees of Virgo. September 1, it retrogrades back into Leo where it turns direct on September 5.

Retrograde Mercury periods are better spent re-doing and reflecting rather than starting new projects. Begin a new project or buy a high ticket item and you may well regret it. This is not the time to get married, have plastic surgery, but cars, houses or computers, or start new things. Machinery and situations break down, and at times the fate or karma of relationships play out at these times.

Eclipses of 2017
Eclipses arrive in pairs on the new and full moons. Eclipses are like wild cards, and often reveal new information we did not know. They are associated with major events in our lives and indicative of change. By knowing where the eclipses fall in our chart we have a good idea of what we will be dealing with over the course of the year. Eclipses often bring news of some of life's biggest events-good or bad. You can experience an eclipse as good or bad. With each eclipse things both end, and begin. Sometimes unexpected and surprising events occur.

If your personal planets are the same (or close) to the degree of the eclipse you will personally experience some type of major effect from the eclipse, depending on what it is aspecting in your personal chart.

Major events typically occur in the world with eclipses as well as our personal lives.

Aquarius rules groups of all types and the collective.

When Venus retrogrades love energy becomes more intense and drama sometimes begins. It is a period when seemingly fated events occur, sometimes appearing to be beyond the control of the parties involved. Relationships can slow down or end. Sometimes those from our past can reappear. It is a time of reviewing and re-accessing your love life. Changes occur, and people can switch their affections and partners. The karma (karma=the universal will, what will ultimately be) of the relationship will play out during this period. Unresolved issues come to the forefront to be resolved one way or another, but if a commitment exists, with work it can become stronger.

If Venus goes stationary direct on a personal planet in your chart or your Sun you may well meet someone significant at this time. A retrograde Venus is not the time to get married, have plastic surgery, buy art, jewelry or items ruled by Venus. Money matters may be slowed down as well.

Venus retrograde periods are always significant. Relationships and even friendships tottering on the edge often end at this time.
Venus was last retrograde July 25-September 6, 2015.

Jupiter retrogrades February 6-June 9. The planet of luck and abundance retrogrades about 4 months every year. During this time, Jupiter's beneficial rays are not as powerful. Sometimes things can change direction and finances can slow down. On occasion, it aspects something in your chart, its affects can be marked.
Jupiter turns direct at 13 degrees of Libra. If Jupiter turns direct on a personal planet in your chart you may experience positive news or gains in some area.

Saturn stations, retrograde, April 6, at 27 Sagittarius. Saturn retrogrades every year, as do all the outer planets. If it stations retrograde or direct on a personal planet it may have a marked effect one way or another. It stations direct on August 25, at 21 degrees of Sagittarius.