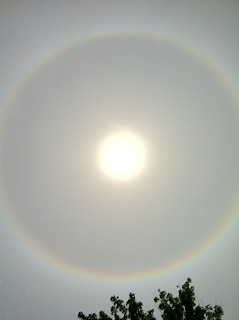 Leo is ruled by the Sun. When you think about the Sun, what do you see?

It is the most powerful heavenly body that beams down its light and warmth every day.  The Sun is perhaps the most important planet in the natal chart, ruling Leo, and symbolizing one's vitality and will.

Therefore, it is no surprise that most Leo men (unless the chart is afflicted in some way) are typically outgoing, energetic and confident. These men are typically ambitious and determined to accomplish great things.  They are generally not wallflowers, and attract attention in a room of strangers, where he will often be found holding court. A Leo man needs plenty of personal freedom and seldom accepts limitation in any form.

Leo is a fixed, fire sign, and fixed signs are slow to act at times, and can be considered stubborn. Once they make up their mind it is not changed easily. Nor, do they easily deviate from their path, and such is the way of a fixed sign-Leo, Taurus, Scorpio and Aquarius.

A Leo man can have fixed opinions about certain things. Most of the time, he believes he is right. If you are trying to change a Leo man, remember it's the Lion, that lives in the wilds, that you are dealing with, or trying to tame, and Lions have claws and teeth.

A gentle touch and stoking of his ego will do far more to change his opinion than an argument, which you will probably not win, anyway.

If all of the world is a stage, and all the men and women are merely players, then the Leo man will play the leading role. He typically won't shy away from being in the limelight, whether in work or play. Sometimes he may have a flair for the dramatic and the romantic, and remember Leo represents and rules royalty. Sometimes he may even act this way.

As Leo is a Fire sign, things can sizzle. When a Leo man falls in love it is dramatic, spectacular and all consuming. When he loves he is generous to a fault, loyal and devoted and nothing can shake his opinion. He has found his partner in the hunt and nothing will stand in his way.

Leo is ruled by the Sun, which rules the heart, by the way. If you remember in The Wizard of Oz, the Lion was searching for a heart. Once he found it, he was whole.

The Sun rules the first house in astrology, and the first house rules the self. Sometimes a Leo man can become self absorbed, demanding of attention and stubborn. This typically happens if the lion has been hurt or feels he has been wronged or ignored in some way.  If this is the case, it may take a lot to get things back on track. He may nurse his wounds in private.

If you are ever disloyal to a Leo you have committed a cardinal crime in affronting the King of the Jungle. As he prides himself on loyalty, the wounds will go deep and he may or may not forgive, depending on how serious the offense is. If you play with his heart, try and make him jealous, or break a commitment, nothing will ever be the same.

Leo men are not for every woman. If you want to make things work with a Leo you must remember he likes attention, he likes to be right and he like to be the man in the relationship and do the chasing. If he commits his heart you will have a loyal and devoted partner, who like the Sun, will shine down warmth which will always make the love grow. He has the capacity to be devoted to the end, when he finds the right women.