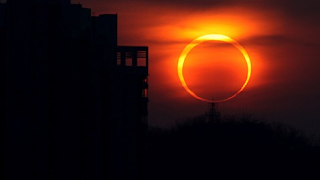 August is a big month with many things happening in the sky.

We are in the Leo season now, the most fun time of summer. Leo rules the fifth house of children, entertainment and love.  The Sun and Mars are in Leo, and Venus enters Cancer July 31. Mercury will be in Virgo all month, and retrograde August 13.

We have two eclipses, including the Great American Eclipse as it is being called, Jupiter leaves its stationary direct period and moves ahead, and squares Pluto again, and Mercury retrogrades, to name a few. So, let's get started!
August 3, Uranus turns retrograde at 28 degrees of Aries. Uranus is considered the planet of unexpected changes and can be explosive and unpredictable in nature. It rules government of and by the people  and elected officials are represented here. We will likely see many changes in government during this cycle.

Uranus is known as the Great Awakener because it has a tendency to ‘wake up,’ latent possibilities, bring unexpected and unusual events and radical change. It is the planet involved in divorce and separation in many cases propels us in new directions. Uranus is the planet associated with ‘freedom at any cost.’

While retrograde the Uranian energies are more bottled up, and the individual becomes aware of the need for change or revolution.  When Uranus goes direct those energies can be acted upon, seemingly in an unexpected manner. Events involving Uranus often seem shocking, but they are often the inevitable result of a situation, and transits involving Uranus often wake us up to what is really occurring in our lives.

While in Aries, Uranus will awaken the individual urge to change and grow and move forward on possibilities that might have been dormant until now.
If this aspects Cardinal (Aries, Cancer, Libra, Capricorn) planets in your chart at 27-29 degrees you can expect to see changes in your life as this powerful planet begins its yearly retrograde. It won't turn direct until January 2, 2018.

August 4, Jupiter squares Pluto for its final pass, and will be exact through August 8, but the energy will continue on for some time. This transit won't occur again 2023. This is indicative of power struggles, especially in government but can also affect us individually.

Pluto rules vengeance, hidden agendas, revenge and it deals with the abuse of power, which may come from any quarter of government or from those opposed to the government. It can also occur on a more personal level.
As we saw in 2014, this cycle also deals with the rise of international terrorism.  There could be issues around nuclear weapons and threats, and there will be conflict and struggles in the government. There could be litigation, or conflict over money and ambitious individuals who push an agenda-good or bad.  The financial markets could be affected. There is no doubt a major fight is brewing in the US.

In some instances this transit can also deal with relationship issues, that can become embroiled in power struggles of different types. Sometimes this issue can lend itself to a desire for personal improvement, and it other times people may be criticized by someone who fails to see the flaws in him/herself. There could be issues around joint finances or other people's money. Pluto is obsessive and compulsive in nature.

It is important to be aware on a personal basis how powerful this transit is, especially in terms of dealing with those who may oppose your efforts on some level.

The lunar eclipse/full moon falls at 15 degrees of Aquarius on August 7. It will peak around 2: 11 PM, EST.

Aquarius rules the 11th house of friends, hopes and wishes, as well as the collective. Its planetary rulers are Saturn and Uranus.

This eclipse trines Jupiter which can be expansive and positive, but it also opposes Mars which can be volatile. Some people may take unexpected actions (Uranus) or act in unexpected ways.

This is the first of two eclipses this month. Use caution in the days surrounding the event. Eclipses can eclipse things into your life, and things out of your life. Pay attention and you will see many major life events occur around the time of an eclipse.

August 10, the Sun sextiles Jupiter and this is positive and expansive. Mercury sextiles Venus and this is a positive time for love, social events, business and personal expression.

August 12, Venus trines Neptune and this is positive for love, creativity and compassion. But, Mercury begins its retrograde Station at 11 degrees of Virgo on this day that will last through August 16. It is at this point plans change, glitches can occur and previously unknown information can come to light.  During the retrograde period it is best not to start new ventures, buy high ticket items or get married. Retrograde Mercury is about re-accessing, redoing and finishing what is at hand.

August 13, the Sun trines Uranus. This is a bold transit, indicative of new ideas and approaches.

August 15, Venus opposes Pluto. This is one of the most stressful transits of the month, and the energies will be apparent before and after this day. Venus rules love and money, and Pluto has to do with sex, power and abuse. This transit can lead to obsessive thinking, and situations relating to love or money can come to head.

This is not the transit to offer ultimatums, and if you engage in fighting energy you could end up the loser. Some relationships will end at this time.
In the world we may see situations relating to domestic abuse and violence, sex scandals, and the abuse of power in government. We could see financial issues come to the forefront.

My advice is to save arguments and confrontational subjects for another day. Expressing your strongly held opinions can run into conflict today.

August 17, Venus squares Jupiter. This is typically not a negative transit but can lead to overindulgence on many levels.

August 20, Mars sextiles Jupiter-This is indicative of expansion, positive, and forward movement. Make the most of it.

August 21, the long awaited solar eclipse occurs at 29 degrees of Leo. The eclipse peaks in the US at 2:30 PM, EST, but check your local times.
Eclipses are like wildcards, and one of the ways we learn how and what we need to change and evolve. An eclipse can seem good or bad, depending on what it aspects in your personal chart, and often an eclipse is dramatic, or reveals important information if it aspects a significant point in your own chart/life.  An eclipse often brings news pertaining to life's biggest events. The energy of an eclipse can go for months and in some cases years.

Eclipses can bring positive or negative events depending on what it aspects in your personal chart.

Leo rules the fifth house of children, friends, entertainment and love. Many celebrations will take place, as this is the first coast to coast eclipse in nearly 100 years.

The eclipse trines Uranus and this can create an exciting energy pertaining to new ways of doing things. It also trines Saturn giving us some stability. Mars sextiles Jupiter and this is indicative of expansive energies=positive.

Wherever an eclipse travels is where major events will occur, and in the case it is the US.

Looking at US (Sagittarius rising) chart, the eclipse falls in the 9th house of foreign affairs, governments and laws. As it opposes the Moon, the people will be upset and agitated. We are likely to hear sudden and unexpected news.

This eclipse falls in the 12th house of US President Donald Trump. As it conjuncts his Mars, this will be a critical time, and information that was formally hidden will likely emerge at this time.

Mars rules anger, frustration and at times an eclipse conjunct Mars can indicate sickness and accidents.

We may also see other events connected to royalty and royal families.

As the eclipse falls at 29 degrees of Leo-a critical degree. Many things will end on this eclipse, for many people. All endings are not bad, and sometimes simply the prelude to a new beginning.

The last time we experienced an eclipse in this sign and degree was August 21, 1998. If you are old enough to remember this time, you may have an idea of what the eclipse holds for you.

August 22, Mars trines Saturn, and this is positive for practical accomplishment. The Sun enters Virgo, the mutable part of the season. This is when the weather changes from dry, hot Leo and becomes more unpredictable.

August 25, Saturn turns stationary direct. While retrograde, Saturn slows down the normal rate of activity so better methods can be developed and organized. Saturn rules the structures in our lives and allows us to develop our boundaries.

As Saturn turns direct this can be good news for many issues and situations that have been stuck or in some way or unproductive, and this is true for both the individual and the collective.  Saturn can represent a reality check in many areas of our lives and even in the world.

While Saturn was retrograde many problems were internalized that were cloudy and difficult to figure out.

As Saturn turns direct sextiling Jupiter (exact August 27-September 1) many things may come together at this time. This is a positive type of energy prone to advancement, moving forward and accomplishment, and should not be taken for granted. Make the most of this in the days and weeks before and after, as we have not seen a great deal of progressive energy of this type lately.

August 26, Venus enters Leo. The summer fun is not yet over with Venus's entrance into Leo. Love energy will become bolder, more flamboyant but there can also be more drama as people seek to be noticed.

August 26, the Sun conjuncts Mercury. Egos can get in the way and this can be a willful type of energy.

August 27, Jupiter sextiles Saturn-see above about Saturn. This is the exact hit.

August 31, Mercury enters Leo (retrograde) as the month comes to a close. Communication will become bolder and more direct as Leo is a fire sign. Watch that egos stay in check.