Sun-Uranus and New Moon in Leo: an unexpected change of direction 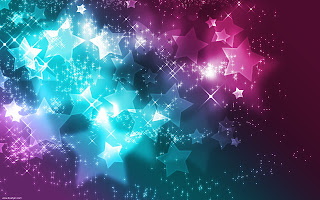 Mars has squared Uranus over the past few days (July 17, exact) and if this affected you, the Sun-Uranus transit will as well.

This is potentially changeable energy subject to disruption. Be careful of accidents. This energy will be powerful over the next several days.

Some things are likely to end at this time or turn out in unexpected ways. It can be chaotic.

We will see major events in the world, as we saw with Mars-Uranus and the failure of the Senate to pass an acceptable healthcare bill in the US. 0 degrees of Leo is considered a critical degree. We could see violence in the world.

Mars also enters Leo at 8:20 AM, changing the tone of our actions and the way we present ourselves. Mars rules the ego, the stage and acting. Caution is called for as some will be 'acting out, ' more than usual. With Mars in Cancer there was an emotional edge to our actions, but now it will become more about making a personal statement. Some will seek attention.

The Sun also enters Leo July 23, and we are now in the Leo season, and the fixed part of the summer. If the Cancer season is about home and family, Leo is about singles, romance and fun, and if there was ever a time to relax and enjoy yourself it will  be this part of the year. This holds true even more so this year as we will soon experience the powerful solar eclipse in Leo on August 21.

The Sun and Mars enter Leo just before the New Moon in Leo on July 23.

At 0 degrees of Leo this new moon conjuncts both the Sun and Mars.

Leo rules the fifth house of fun, entertainment, love and children, and it is here our focus will lie. My advice is to make the most of this moon, a prelude to the Great American eclipse next month.

But, as the Moon is conjunct both the Sun and Mars, egos could come into play and some may seem feistier or more aggressive, and everyone may want to make their own individual statement. Have fun but use caution in the way you express yourself.

While the focus is on fun and romance, Venus opposes Saturn  personal expression may be more difficult than usual and some situations may end, but only if the relationship is tottering on the edge.
Posted by Leslie Hale at 11:30 AM