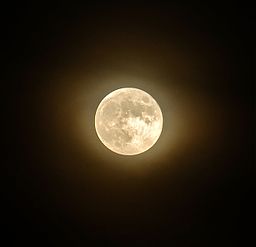 The first full moon of summer falls at 17 degrees of Capricorn. Capricorn is the natural ruler of the 10th house of business and it is here many of us will be focused over the next few weeks. The ruler of Capricorn is Saturn which signifies not only work, but our basic structures, and security which we will be concerned with.

The Moon becomes part of a t-square with Jupiter, Pluto and Mars. T-squares are difficult and can pull us in many different directions.

This Moon is conjunct Pluto which makes it somewhat dangerous. Moon-Pluto issues can come to a head and in some cases, violence can even occur, or we could hear of domestic violence which is a possibility for some, but typically only if situations are prone to that extreme.

Previously unknown information can be revealed on a Moon-Pluto transit, and it is typical of heightened emotional intensity. There can be an effort to change, improve or remake domestic conditions, certain situations can end or be severed or ended, and dominating and dictatorial behavior can occur, or you could be the victim of this type of behavior. Issues can be deep and intensely  personal.

The Moon rules the home, women and our emotional lives and when it is conjunct Pluto issues can become intense and in some cases obsessive. Emotional meltdowns are not be uncommon with Moon- Pluto. Pluto rules breakdowns of all types, issues surrounding sex, bullies, dominating behavior and power struggles. Issues and secrets can come out of the closet on such a moon.

The Moon also opposes Mars which amps up the volatile and potentially aggressive energy. Be cautious as accidents could occur at this time. Watch your health and get plenty of rest.

This does not mean you have to,  or should act out such energies. As there is an opposition involved you can act to balance out the issues, which is my advice. Not all people will act out in this manner, and with Pluto the possibility of change and transformation to a higher level always exists, and I would focus my energy here, on revamping, or re-creating something.

I would skip controversial issues and disagreements this weekend.

This Moon falls on the eve of the Sun's opposition to Pluto, which occurs on July 10.
Sun/ Pluto oppositions can result in changes in situations, breakdowns, power struggles, issues of abuse. Arguments and power struggles can occur, and this is the day to pick and choose your battles carefully.

This can seem like a harsh transit but it allows us to consider issues that need to be changed or revisited and create change. Awareness and the approach is the key.
Mars opposed Pluto June 30-July, 1. If you were personally affected by this transit, you will likely be affected by the Sun-Pluto opposition as well.

This will be a dangerous day in the world, fraught with tension that can come from many angles. I advise caution in all areas.

The energy of this Moon will be felt before and after the Moon is exact. The Moons energy can be felt two weeks before or after, until the next New Moon on July 23.