War and Peace and the Grand Sextile of 2013 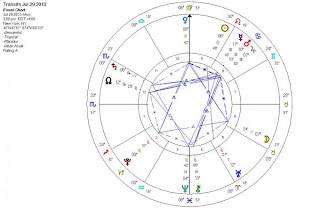 As we approach July's final weekend some heavy astrological energy begins to heat up as Mars in Cancer approaches its opposition to Pluto at 9 degrees of Capricorn-Cancer. This transit becomes exact July 27, at 6:47 p.m EST.
Mars-Pluto oppositions are intense and prone to volatile, sometimes even violent exchanges of energy. If this is aspecting a personal planet in your natal chart expect to experience frustration at the very least and you could find yourself in the mood to start an argument or someone could start one with you. Sometimes this transit relates to sexual issues and sexual jealousy or even violence in extreme cases.
As Mars is in Cancer expect your own and/or other people's emotions to be over the top and Cancer planets often evoke the most powerful of emotional responses. Issues could erupt around feelings, money and assets or debt, security and issues concerning the home in your personal life and in the world.
Prior to this transit Venus is opposing Neptune, becoming exact at July 26, at 8:08 a.m, EST, and this energy will be building between now and then.
This transit will add general confusion to the angry energy in the sky with a lot of people blowing off steam over something they are unclear about or know nothing about. Check your facts!
Venus is generally associated with money and love, so be careful about signing contracts that have to do with money, or anything else. Sometimes, situations concerning love are revealed under this transit that may not be or appear what you believe them to be. Take things with a grain of salt until this transit passes, and if you wear rose colored glasses now would be the time to take them off.
On the other hand, if you are in a stable situation with few problems it can be associated with romance and glamour. But re-read the previous sentence and if your relationship does not fit the bill, do not make it out to be more than it is.
On a world level we will hear a lot about joint finances (taxpayer money) debts and the rhetoric may be unclear, untrue or confusion. Mars-Pluto is volatile and expect situations to erupt in the hot spots around the globe. Mars-Pluto also relates to sexual violence, and Venus-Neptune is prime for an old fashioned scandal.
Jupiter is opposing Pluto and this transit, becomes exact August 7. This relates to the promotion of philosophical, moral or religious beliefs that can become fanatical in nature. Obstacles can occur that relate to money, lawsuits, and other situations that involve pressure from one person trying to convince another their viewpoint is the only correct one. More on this transit later.
Mars squares Uranus, becoming exact July 31, and this transit relates to sudden, unexpected and explosive circumstances. This is the time to think before you act not let the results of anger control your future. And be careful of careless accidents. We could see accidents in the news and we will see explosive situations, for certain. Mars-Pluto-Uranus generally relates to military-police type events.
And even though the Uranus-Pluto square is now 3 degrees apart, Mars will set off the powerful configuration we all live under. This means the events that occur in the world at this time will be bigger and have the potential of affecting many people.
The Grand Sextile of July 2013
Now...take a deep breath. Because on July 29, we have planetary help in the form of a Grand Sextile in the heavens that has the potential to bring some positive energy to your situation if it is aspecting your personal chart and to the world.
A grand sextile is a rare planetary configuration consisting of six (60 degree angle) planets that go all the way around the chart forming 6 sixty degree angles. This is a  very rare, and I mean rare configuration forming what looks like a hexagram, or it resembles the Star of David. A configuration like this occurred in 2003, but beyond that my research does not turn up another one for more years than I can look.
The planets involved in the Grand sextile are-
-the Moon in Taurus
-Venus in Virgo
-Mars/Jupiter in Cancer
-Saturn in Scorpio
-Neptune in Pisces
-Pluto in Capricorn
You can see this is a configuration made up of Earth and Water planets. Earth planets bring stability and practicality and water planets soothe and bring soft, flowing emotional energy.
There are 6 trines, 6 sextiles and 3 oppositions contained within this complex pattern to name a few.
Sextiles are about opportunities and communication. They show us where our chances of success might lie if we move forward and put this knowledge into action. Opportunities are not a given, they are opportunities. We must push these opportunities forward with action, to get a desired result! In other words, this transit could make us feel good, we could see an opportunity and then not act on it, and that's all there is to it. Future results will need action. You chart will be aspected by this transit if you have Earth or Water planets at 3-8 degrees.
On the other hand this could be a perfect day to start something new and we can see positive results from past actions! There is magic in this configuration we may never see again.
I would like to say this rare transit will bring world peace, but the drive and initiative to do so must be there. It will increase the chances of peace, and show us what that might look like, but it is up to us-the collective to make the push and generate the action to do so in the world, and in our personal lives. There is however a very positive timeframe in which to see movement toward peace and solving some of the problems the world faces.
Any one born on this day will have a very lucky chart, similar to the Grand Water trine earlier this month. Make the most of it! 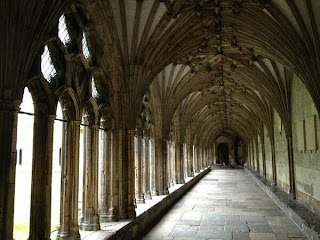