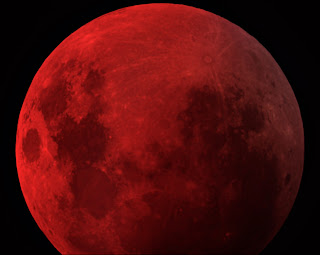 Mars is in the cardinal sign of Libra and entering into its square to Pluto (December 6) and opposition to Uranus on December 10. This energy will be felt both before and after each of these transits for several days.
Mars is considered at its detriment in Libra making it very powerful. Its square to Pluto at 14 degrees of Capricorn-Libra. In astrology a planet in its sign of detriment is likely to show its worst side, and Mars is considered, 'the God of war.'

In our personal life, this can be an angry and volatile time, especially if the Mars-Pluto square aspects anything in your personal chart. Mars/Pluto aspects can show anger, rage and volatility with issues such as sex, relationships or joint finances. If this does aspect your chart, now is the time to take a deep breath, and not approach sensitive issues that will result in explosive circumstances, but rather wait for a better day.  You could fall victim to someone else's anger, and no doubt you will see this energy at play in your life and in the world. Sometimes an aspect involving Pluto can cause some type of transformation or change, either internally or in your own personal circumstances.

From here, Mars will move toward its opposition to Uranus (12-10) but we will feel the energy and events will occur before this aspect comes together. This will aspect those with Cardinal planets at 14-18 degrees. (Aries, Cancer, Capricorn, Libra) Mars-Uranus transits are prone to unexpected or surprising events, changes, accidents, rash action and separations. Again, now is not the time to push issues or issue ultimatums, but rather let this energy move by and wait for a better day. Some relationships and situations will end under this transit and if they do, it will open the door for something more suitable in the future.

These transits will play out in the world, and the events that occur now are part of the Neptune-Saturn square, as well as the Uranus-Pluto square that dominate the sky and this time in our lives.

As this blog is written (12-2) news reports state three suspects are on the loose in California, and a mass shooting incident with at least 14 dead. Mars rules guns, young men and this transit is prone toward violence and shootings, police action, and war events. The US chart is affected as Mars squares the US Sun and conjuncts Saturn, showing us the President will be involved in the situation, and events will occur that involve the entire country or we will have knowledge of it. Saturn rules our security which will be shaken. Hopefully, this will be the worst of it, but there is no guarantee this will be the case. We are in an angry volatile period, and I expect more incidents.

As Mars approaches its opposition to Uranus we will see unexpected and explosive events that could involve aircraft, coups, explosions, and sudden changes. Some of these events will involve those who are 'known enemies, to the US' I would use caution over these days if you live in a large city, but I would not let paranoia take over. We, as a whole must live our lives to the fullest every day, and fear is what some individuals and entities wish to inspire. Think peace, and these days shall soon pass.