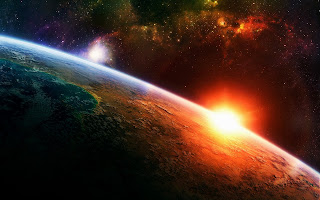 Jupiter will square Saturn, and this transit will be exact August 3-6. The effects of this powerful transit however will be felt much sooner (even as this blog is posted) and after.

Money issues may come to the surface, or depending on what is in your chart you may feel the restriction coming from some other area of life. For some, relationships may end at this time, but only if they are not working out already. Any relationship can be affected but if the partnership is basically sound it should withstand the stress.

This transit can represent legal, financial and business problems,  and there could be a lack of support, especially if this aspects your personal chart. There could be issues with higher education, moral issues, or indifference. Frustration may build up to the point where something has to give and change occurs at this point. You may have to limit spending on entertainment.

For some this might represent a culmination of business affairs of some type, but Saturn can delay, and restrict.  There could be added responsibilities and pressures in your job during this period, or you could make some kind of change in your job or work. If your chart supports it, this could co-inside with a long awaited change, as it is not all negative.

Saturn and Jupiter came within orb of each other last September-October but the transit never became exact.

As Saturn is in Scorpio this shows conflict with finances and taxes, sex, and other people's money,  and Jupiter in Leo shows issues around friends, love affairs or children, entertainment and fun, either directly or indirectly. Some people may withdraw socially, from responsibilities, or in some other way.

Venus conjuncts Jupiter, exact August 4-6, and the two most beneficial planets (Jupiter and Venus), square (Saturn) the planet of restriction, amping up the energy even more.  This will be a time when we re-access our loves lives, social lives and money situations and many will discover something is lacking.

Venus-Saturn can create feelings of loss, loneliness, aloofness, or a desire to break from an unhappy situation. With complex transits like this sometimes we can experience epiphanies about whether or not our needs are being met in these areas. But again, other areas of your life can be affected as well, depending on where this square falls in your personal chart.

Venus squared Saturn July 13-15, but (Venus) had not yet turned retrograde. If you recall this aspect affecting you at this time, it will likely do so again with the added energies of Jupiter. Endings of all types can occur, financial shortages, breakups and in extreme cases you may hear of total endings  of all kinds. Venus will also square Saturn again at 1 degree Virgo/Sagittarius on October 9-10.

This transit (Jupiter square Saturn) is exact August of this year and will occur again March 19-26, 2016 (Jupiter/Saturn 16 degrees of Virgo, Sagittarius) and like the August square,  Venus will be prominent again in this configuration, creating a T-square at 16 degrees of Pisces on March 25-26. (A T-square involves the energies of all three planets, and Venus shows us that once again we will see a theme that involves love and money, among other things.

As in our personal lives this transit will play out in the world as well.

Jupiter-Saturn is one of the ten Major planetary cycles. This cycle goes from conjunction to conjunction, and the last cycle began in May of 2000, in Taurus, the natural ruler of the second house of earned income, possessions and money.  Since that time we have seen massive changes in the financial world. In June of 2006, it was in a square to Saturn at 9 degrees, Scorpio/Leo and at this time many analysts were pointing to a bubble in the housing market that would become the crash of 2008. Another square occurred in October of that year at 23 degrees. In 2011, (March) Jupiter opposed Saturn at 14 Libra-Aries, and it was at this point that Greece was feeling the debt crisis and the International Monetary Fund was  signing off billions of Euros to Ireland Portugal and  Italy. Greece has just agreed to extreme austerity measures once again on the eve of the Jupiter-Saturn square of 2015, driven by Germany, and this situation will be played out between now and when the next conjunction occurs in 2020, when we will begin this cycle again in Capricorn.

The Jupiter-Saturn cycle has been considered of greatest importance in shaping history and these two planets have been called the 'chronocrators of the ages.' Nicholas Champion wrote, "There cycle can be considered the ground base of human development, which makes the interaction between perception of human ideas, potentialities, possibilities and their manifestation in the concrete material world. As noted under the interpretation of the conjunction this pair has a great deal to do with the development and evolution of social structures and a sense of corporate national identity. Barbault makes a compelling case for the dominance of this cycle in the unfoldment of European history so that each phase of this cycle appears to mark out a relatively clear pattern of development year after year."

Case in point to the above is the recent and continuing financial turmoil in Greece.

This transit brings change in the world and some of it can be very positive. On the eve of this powerful square we have seen the normalization of relations and raising of the US flag once again in Cuba, which the US has had no relations with for nearly 50 years!  This will be the start of great change.

Many important events will occur during this cycle and we will see major clashes between political parties, the potential of violence  around the globe, and issues that can concern women. As Jupiter will square Algol (considered the most malicious of fixed stars terrorist situations are likely.  All in all many situations will be re-accessed that include foreign relations, laws, and finances.There will likely be clashes with those who disagree with current government policies.