What lies underneath comes to the surface 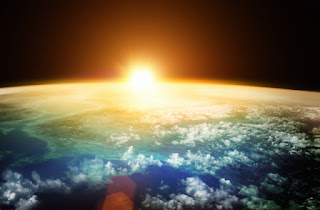 We have several intense transits the week of July 12, and for some there will be major shake ups and changes, especially the cardinal signs with planets (in the natal chart) at 16-21 degrees.  The cardinal signs are Aries, Libra, Cancer and Capricorn.

If you do not have planets in your own chart at these degrees you will be affected as we all will, but to a lesser degree.

If these transits aspect your personal chart you have a cardinal planet at 13-15 degrees or 19-21 degrees, in which case you have Uranus conjunct, square or in opposition to your planet or Pluto conjunct square or in an opposition to something and these are major transits that bring major change in your life.

The energies of these transits will be felt both before and after the exact date.
Let's start with the first transit-Sun square Uranus- exact on July 12 at 20 Cancer/Aries. Sun square Uranus transits can coincide with a change of plans, a change of mind, and unexpected events that disrupt your current situation or day. Uranus is about freedom and breaking away from things, even people. It is an erratic influence, sometimes shocking.  Uranus transits seem surprising but they often are the end result of situations that have needed to change for a long time. Be flexible during this time as rigidity in attitudes can be shaken up. Uranus is all about freedom-yours or someone else's.

In the world Uranus rules aircraft and weather. It is likely we will see situations involving one or both and this can be explosive.

Venus squares Saturn July 14. Venus rules love, money, beauty and values. This may not be a good day for love or your social life, and some relationships may end, or encounter turbulence. This transit is in effect until July 17 when it moves into Virgo for two weeks (and may still have an affect then). August 1, Venus retrogrades back into Leo and this will re-occur the first week of August. This time, it conjuncts Jupiter and both of the most beneficial  planets will be in a square to Saturn. This is very powerful both times, and will end some relationships and situations and will affect finances as well. There could be a downturn in many areas if this aspects your personal chart.

Mercury conjuncts Mars and Mercury and Mars oppose Pluto July 15. This day will be a doozy! Mercury conjucnt Mars is argument prone, and you or others may be vying to express your opinion, and conversation can turn harsh or emotional as both signs are in Cancer. Mercury rules vehicles, travel, young people, pets and communication so look for issues here. This is a transit to be very careful on while driving and this one is exact July 16.

Mercury opposing Pluto has to do with propaganda and trying to convince someone of something or the other way around. It is argument prone and obsessive. It can be hard to let go of a single minded thought on this day and things are often revealed.

Mars opposing Pluto will bring out the bullies and egos and this is also argument prone, obsessive and volatile. Mars/Pluto can in some cases signify danger, so avoid being alone in bad situations. The issues may arise over jealousy, sex, home life or work. Ultimately Pluto may bring some kind of transformation, but a situation could also end or change forever. This is not a good day for important matters or conversations.

The New Moon falls at 23 degrees of Cancer at 9:24 P.M., EST. Cancer is the most emotional of signs and rules the 4th house of home, family and personal foundation.  As it opposes Pluto, this energy will be intense, and if there are issues at stake they will come out over this period, hence the title of this blog. Things can get overly intense and emotional. Change is possible, but difficult. A light hearted approach will be needed on this day.

Cancer rules the home, homeland and patriotism. What is patriotic to you may not be the same to me or anyone else. For example, in South Carolina some felt the Confederate flag was a symbol of patriotism and others felt just the opposite.

Cancer rules the home land, and there are many homelands on this earth. As it opposes Pluto there will be conflict in the world and those who try and oppress others and force their ideas. Mercury-Pluto rules the media. It also rules young people, and we could see accidents. There will be issues concerning nuclear weapons, energy or situations. And as always with Mars-Pluto we will see police or military action. Change is possible but it's a dangerous, volatile and intense week in the world.