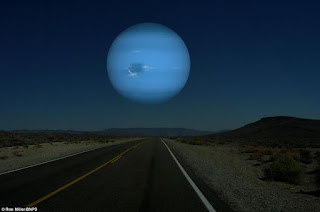 Neptune turned direct November 18, and this will amp up the energy of the Saturn-Neptune square.  Situations may become confusing, foggy or even depressing as these two powerful planets meet, becoming exact on November 26, 2015 for the first time.

As Neptune turns direct it is like fog rolling in. The path may seem dimly lit and you may not be able to exactly see your next step. Clarity of thinking is needed now, more than ever as opposed to just reacting to things. In actuality, this is a period where one reality may morph into something else, especially if the Saturn-Neptune square aspects any planet in your personal chart at 3-9 degrees or so of a mutable sign (Gemini, Virgo, Sagittarius, Pisces). I wrote about this in detail and how it affects us on a personal level in my November blog.

As Neptune turns direct confusion may increase for the time, and events will start to be revealed for what they are. Neptunian events have a tendency to appear as surprising, but in actuality the basis of the situation was generally there all along, just hidden in a fog of confusion, lies or lack of clarity.  Such events tend to creep up on us and seem surprising at first, but the basis of the event was generally there, just obscured from recognition. An example would be a sudden break up with where the reality of it was in some way being swept under the rug. It could apply to any situation, however, not just breakups.

Overall this is a difficult and emotional time for many, especially as Neptune is in the sign of Pisces where it is most powerful.

In terms of the world, we will morph into a different reality at this time, and this will affect us all as a collective, as I have written about numerous times.
Now, above all is the time to try and think clearly and be guided by reason, not emotion or reaction, or what you wish something to be. And of course we can use this energy to turn dreams into concrete reality with some hard work.