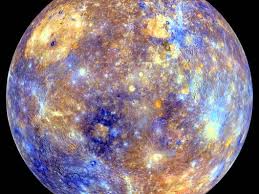 Mercury conjuncts Pluto at 19 degrees of Capricorn over the next few days and this transit is exact January 24, at 3:47 PM, EST. This will be especially powerful if you have Cardinal planets (Aries, Libra, Cancer, Capricorn) at 18-20 degrees in your personal chart.
This is a powerful transit affecting communication, travel and the way we think and speak/react to things. Many people will seem or be argumentative and compulsive, and contentious issues may seem especially difficult at this time. Save these issues for another day.

That said, any Pluto transit can be transformative in nature but if you push someone, expect pushback.

With this transit many people are trying to get to the bottom of a question or situation. Make sure you really want the truth before you seek it.

This is somewhat akin to the Sun-Venus-Pluto conjunction that occurred January 9-10. If this transit affected you, Mercury conjunct Pluto may as well.

As Mercury crosses Pluto situations may be revealed that were previously unknown.  Your mood will lighten up as this transit moves past its peak.

Since Mercury-Pluto can have a transformative affect, you may change your mind about something, or even someone as this energy moves on.  Either way, this represents the last of the heavy Capricorn energy we have been experiencing since the start of the new year.

This energy will play out in the world as well.  Mercury-Pluto transits have to do with information being revealed, taxpayer money, issues surrounding young people, secret communications and investigations, uncompromising adherence to ideas and personal opinions, critical news, news media, accidents and transportation and communication problems to name a few. Look for this to be a heavy day in the world.