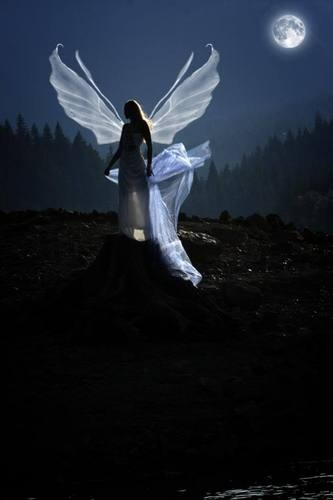 The August New Moon falls at 16 degrees of Leo on August 8th. This New Moon squares Uranus which typically results in change, often of an unexpected nature. You may feel stressed, anxious, and restless or as though you want to try something new or approach things from a new direction. Egos may show themselves on this moon along with drama, so these are things to guard against.

Uranus is the planet associated with freedom, often from whatever you find oppressive. It can create instability or changeability in relationships. If there is something that you are trying to break free of you may seriously consider doing it at this time. Impulsive decisions however, may not go as well. The challenge of this New moon will be to act in a solid way in the face of unexpected change. All change is not necessarily major or negative. We could also experience a sudden epiphany or come up with a unique idea or approach to something just as easily.

This aspect could give you the incentive to take a leap of faith in many respects. Of course, the outcome will be better if you have seriously considered what you really want to do, and where you are going as opposed to acting on impulse.

Venus in Virgo has entered its opposition Neptune in Pisces. This can create a magical type of feeling that anything is possible. Enjoy the feeling and strive for what you want to accomplish but it is important to remember that Neptune can create illusions that crumble when faced with the light of the Sun, so make sure you have your facts and information correct if you are embarking on something important. On the positive end Venus in Virgo can give us the ability to delve into detail and facts and make positive as well as practical and rational decisions.

Leo is a passionate sign that loves to play. The New moon rules the 5th house of fun, romance and entertainment so don’t be surprised if you don’t feel the urge to connect with your significant other or those you are most attracted to and start a fire that burns within the heart. Moon-Uranus can create unexpected emotional changes or unexpected connections but plans can be fluid or changeable. Sometimes it’s the unexpected things that create the best and most vivid memories. Stay safe.