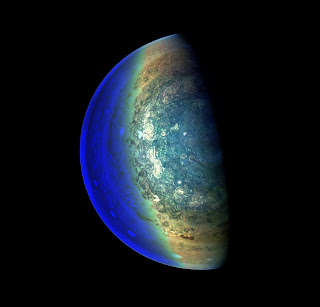 Jupiter is the planet associated with expansion and gain and wherever Jupiter goes we typically see an increase.

Jupiter re-entered the sign Aquarius the morning of July 28, where it will remain until the end of the year when it re-enters Pisces, December 28th. Jupiter dipped its toes into the sign of Pisces from May 14-July 27, but half of the time it was retrograde. Jupiter turned retrograde on June 20th and will remain in its yearly retrograde period until October 18th when it goes direct again at 22 degrees of Aquarius.

In December 2020, I wrote this about Jupiter in Aquarius:

In astrology Aquarius is associated with the collective and groups as opposed to a few individuals.

Jupiter in Aquarius is futuristic, revolutionary and concerned with fairness and social justice. Planet Jupiter’s expansive and freewheeling nature will work well in the sign that is associated with humanitarian interests, independence, freedom and innovation. All of this will be far different energy than Jupiter/Saturn in Capricorn we have experienced over the past year. We will be more interested in new ideas, novel approaches and doing things our own way. We will also be leaving a lot of baggage behind us as we begin a new story in our own lives as well as the collective.

Visions of a new future will abound globally with Jupiter in Aquarius. This will be a time of enlightenment on many levels, an increase of knowledge and understanding especially in technology, medicine, the internet and global communications and human freedoms with a bent toward solving ethical issues that involve us all. Individualism, freedom and human rights will be common themes with a goal of improvement. There will be more disenchantment with outdates systems and hierarchies and ways of doing things that belong in the past. The collective will make its voice heard.

Jupiter will square Uranus in January of 2021 and the transit is exact on January 17th. We will however feel the energy of this transit before and after it is exact. Jupiter square Uranus is pronounced on inauguration day, January 20, 2021 and along with other volatile planetary aspects and it is likely to be a volatile period.

Jupiter-Uranus energy manifests in terms of freedom, rebellion, new advancements in science and technology with a desire to break away from the past. This can also bring conflicts on many levels including political, and Jupiter rules the Republican Party. Uranus deals with explosions and explosive circumstances or unexpected events that seem to come out of the blue. As Saturn will also square Uranus throughout 2021, we are sure to have a year of unexpected events and conflict among groups whose opinions differ. This is not all bad however and prone to advancements. Electricity was discovered under this transit.

Jupiter square Uranus can cause anxiety and restlessness, especially for those who feel confined in some way. This can indicate a sudden life change, change in direction and loss or gain in finance and in the markets. Electronics and the internet could also be affected.

The key to this transit will be to proceed with caution, not act on impulse and use care and moderation in what you do. For some, this will be an exhilarating influence. Impulses, erratic behavior and over extravagance can lead to losses and situations you could regret in the future. In other words, act on a plan as much as possible rather than sudden changes based on your feelings. This is considered a gamblers transit!

With Jupiter in Aquarius we can expect change on every level including within our own families. Jupiter in this sign can bring more rebellion over rules and restrictions and many will seek more freedom and have a greater desire to do things in their own way as opposed to any kind of structured approach. We may also invite more friends into the home in 2021 and it can become a place of group meetings and the like. There will be a desire to develop and grow beyond what is being prompted and determine where we have become bound by narrow minded thinking and closed minded attitudes. “

Of course we now know the Jupiter-Uranus square in January played out significantly in terms of the January 6th attack on the US Capitol along with the group of Republicans who want to overturn the Presidential election. This aspect along with the Saturn-Uranus square continue to bring disruption in terms of those who don’t choose to follow CDC guidance on mask wearing and Covid vaccinations among other things as well. We have also seen significant internet hacks.

We have seen advances in technology and space travel with the first 2 civilian flights into space, and the government has acknowledged they don’t know what UFO’s really are. Drug companies are working on the possibility of a 3rd Covid vaccine to combat the Delta variant of Covid.

Now that Jupiter is retrograde personal growth may be on a more inner level than outer one. As Jupiter is one of the two financial planets some could experience a slowdown of funds but this does not mean we can’t prosper.

Jupiter rules foreign people and places, money, courts and justice, the legal system, judges, lawyers and doctors, medicine and younger men. Aquarius rules the collective and brotherhood so during Jupiter’s retrograde we can expect to see changes in these areas, and in issues that affect us all, such as the major infrastructure bill that has reached a bi-partisan Senate agreement at the time of this post.

When Jupiter turns direct it will be time to comprehend and put in place all we have learned and push forward once again with our ideas in the world. If Jupiter makes a positive aspect in your personal chart at 20-24 degrees of certain Air or Fire signs (Aries, Gemini, Libra, Sagittarius, Aquarius) you should expect to see gain in whatever area of your chart Jupiter is aspecting. Jupiter can sometimes be positive in squares (Taurus, Scorpio) as well.