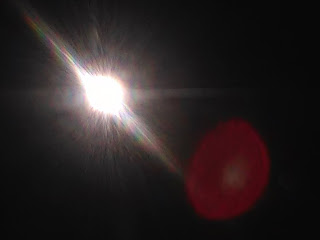 The full moon this month falls on November 19th at 27 degrees of Taurus and this is a lunar eclipse. Taurus/Scorpio rule the 2nd/8th house axis of money, taxes, joint finances, other people’s money, possessions and values. The new moon in Scorpio and the Taurus eclipse set off a series of eclipses in Scorpio and Taurus that will continue into 2024, showing us there will be a greater focus on money, possessions and values over the next few years. The North and South nodes are mathematical points in astrology that show us our collective destiny and in January 2022, they will also shift into Taurus/Scorpio. The eclipses and the Nodes are pointing toward a collective interest or concern over money/finances and what we value the most over the next few years, and we will be forced to collectively decide.

The solar eclipse occurs in the early morning hours of November 19th, (EDT) and it falls at 27 degrees of Taurus. Taurus rules the 2nd house of money and its planetary ruler is Venus, the planet of money and love. Many people will be focused on money or love at this time. Its affects are different for each person depending on where this eclipse falls in your personal natal chart.

Eclipses are like wildcards, and one of the ways we learn how and what we need to change and evolve. An eclipse can seem positive or negative, depending on what it aspects in your personal chart and often an eclipse is dramatic, or reveals important information if it aspects a significant point in your own chart or if some other transit is exact in your chart at the same time.  An eclipse often brings news pertaining to life's biggest events. The energy of an eclipse can go for months and in some cases years.

Another eclipse like this one occurred November 19, 2002. Solar eclipses repeat themselves every 19 years and if you can remember what was happening then, you may have a clue as to how this eclipse will affect you this time around.

This eclipse conjuncts fixed star Algol. Algol is associated with ‘losing ones head.’ In today’s world this is primarily metaphorical, but this star is associated with misfortune, violence and brutality.  Typically, those who live an authentic life with a sense of fairness and justice as not so affected by this star as those who operate from a debased sense of humanity and greed.

Venus is sextile Mars, so sparks can fly in your love and social life. Mars is however, still within orb of its opposition to Uranus that was exact November 17th, so things could change or not go as planned.

Mars opposing Uranus can be a desire to liberate yourself from something or even someone. It is prone to unexpected events that can occur and it can be volatile. At worst this could be some sort of attack or argument that seems to come out of the blue.  Use caution as this transit is also accident prone.

Mars is in its opposition to Uranus over the next few days. The closer we get to the eclipse the more volatile and changeable things will get this week. It may well be somewhat of a wild week, but do not assume it will be a negative week.

Mars-Uranus will play out in the world in terms of volatility and unexpected events, and it is prone to violence, police related events and anger. The eclipse in Taurus could point to news concerning the stock or financial markets over the next month.