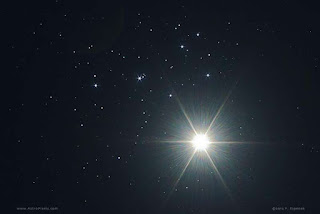 Venus retrogrades December 19th through January 29th, 2022. At the time of this post Venus is in the ‘shadow period’ of the retrograde.

Venus is the planet that rules love, money, values and our social lives. When Venus retrogrades love matters can slow down or change, break ups can occur, some couples get back together and at times people can even change their partners during this powerful cycle of Venus. Our values can change or become more clearly defined at this time and retrograde Venus can affect money matters as well as our social lives s depending on the part of your chart Venus is retrograding through.

When Venus retrogrades we have an opportunity to rethink and reassess our relationships with others and those closest to us. Love energy may be harder to come by during this period, but we may compensate for this by loving ourselves more and participating in more self care at this time. Feelings may become more defined about who and what is most important in our lives.

If you begin a new relationship on a retrograde Venus it is said the love energy is never fully expressed. If this is the case, things could also change after Venus turns direct again and energy shifts again. Venus retrograde is strongly associated with those we have known in the past. At times we can reconnect, or take many pleasant trips down memory lane. We may have no interest in reconnecting with some who may reach out at this time, or alternatively it could be someone who has had meaning at some point in our lives. Those you may run into from the past are not necessarily all of a romantic nature but can include friends, clients and others, and you may reach out to others as well.

Venus-Pluto is a transit of loss in some way and it is not a light energy. It could be the loss of a feeling, a relationship, money, loss through death, health or something else.  This does not mean you can’t experience some type of gain along with the loss. For example, let’s say you are in a bad relationship that comes to an abrupt end.  The relationship is over and there is typically a feeling of loss. But, the relationship was bad, maybe even toxic, and it wasn’t going to improve. So, you have loss of a relationship on one hand, but you have gain in terms of attaining your freedom from it, and now you will eventually get back to being yourself and find someone who is more suitable which will ultimately serve you well.

Other possibilities of this transit include:

-Giving up on a friendship or someone gives up on you.

-Obsession with others, stalking or vice versa

-Coming into contact with someone who is a bully

-Hearing of a death or someone is serious condition

-Rejection or rejecting someone else

-Digging up the past, or skeletons in the closet coming out

-Sexual scandals or getting caught up in a ‘taboo’ relationship

-Healing relationships and difficult past issues

-Being forced to deal with an unpleasant reality

The Pluto-Venus transit is ‘exact’ or side by side on December 11th, December 25th (retrograde), and it will return one more time March 3rd, at 27 degrees of Capricorn.  Similar issues that arise in December may come up again in March.

This aspect will begin to lighten up considerably after the first of the New Year as Venus will be moving away from Pluto. Venus will retrograde back to 11 degrees of Capricorn before it turns direct. On a more positive note, if Venus turns direct making an aspect to a planet in your personal natal chart, it can coincide with meeting someone significant, or alternatively you can expect some type of gain, depending on what it is aspecting in your chart.

Venus is not only the planet of love, but it also rules money, values and our social lives and standing. During a retrograde Venus money can become scarcer at times or slow down for a period. If this is the case, it will typically pick back up when it turns direct again.

Our social lives can be affected as well as matters of the heart. Friends may come or go, and we will spend time redefining our closest relationships with others as well as love matters. Sometimes we may decide to opt out of certain social circles if they are no longer meeting our needs. Venus retrograde is typically not the most significant or exciting period in our social lives.

Venus rules values and during a retrograde we may define what our true values are more clearly. This can affect life on many different levels depending on where Venus is located and transiting through your personal chart.

Retrograde Venus and the world stage

In the collective we will go through a period of defining what our values are as a society in particular concerning money, women and social issues/themes.

Venus-Pluto is such a powerful aspect it will play out on the world stage in dramatic ways. At the time of this post, former US Senator Bob Dole is being remembered for his years of service, there are threats of a Russian invasion of Ukraine, and abortion rights are being debated in the US along with the proposed Build Back Better plan for infrastructure and the financing of the plan. Pluto transits often coincide with a rebuilding or restructuring of something that includes physical properties or land.

Since the Venus-Pluto aspect opposes Mercury in the US Sibly chart’s 2nd house, we can expect to hear important news relating to money, media, threats, changing values, political dirty tricks, grandstanding by politicians with an agenda, young people, coercive tactics and sex scandals. It is possible at some point we could see a significant financial shift before this aspect is over.

When Venus moves to 26 degrees (December 17-24) Venus is within a 1 degree orb of the US Pluto and this will be a significant period in the United States. The US has entered its powerful Pluto return which will become exact for the first time in February 2022, making 2022 a significant year in the history of the US. Pluto is coercive, subversive, and rules power and power structures. Pluto tears down only to rebuild in a different way. During this Venus transit we can expect to see manipulation, money issues and debate, threats and issues concerning crime, subversives, propaganda and potentially another death of national significance and/or death through Covid. Values and changing values will be front and center in December.