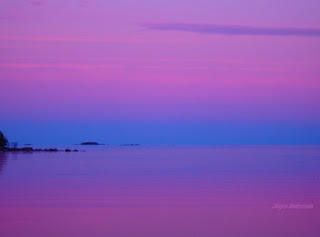 December’s New Moon falls at 14 degrees of Sagittarius and this is a solar eclipse as well as a supermoon. Supermoons appear closer to the earth and affect the ocean tides to a greater degree. They are frequently associated with earth disturbances such as tidal waves and earthquakes or other significant events.

Sagittarius is the ruler of the 9th house of travel, education and world view. Its planetary ruler is lucky Jupiter, the planet of gain and expansion. This is the last eclipse connected to a series of eclipses in Gemini-Sagittarius that began in November of 2019. These eclipses have activated topics relating to communication and how we communicate, and the information we process. What have you learned since late 2019 when this series of eclipses began? This eclipse can be considered the ‘graduation’ or the last big finale relating to the lessons of the past number of eclipses. Have we learned that because something is posted on Face book (or Meta), or any of the other social networks does not make it true? Is the environment some social media outlets promote the world we really want to live in? Do major news networks have a responsibility to speak the truth as opposed to toxic monologues meant to incite certain groups? Does every disagreement have to be a fight to the death scenario? This is the realm of the Gemini-Sagittarius eclipses that have all squared illusionary planet Neptune bringing to the surface the vast amount of misinformation and lack of clarity we have been subject to. If we have not learned these lessons fully we will have another chance to learn them, but not until 2038-39 when these eclipses will repeat again.

Next year our eclipses will fall in Taurus-Scorpio or the 2nd/8th house axis which deals with money, joint finances, taxes and other people’s money. We will be dealing with money and finances and contemplating what our true values really are personally, and as a collective.

Sagittarius and Jupiter like to do things in a big way, so go big at this time, or go home. Go big with a plan and you will have a good chance at accomplishing something worthwhile.

This eclipse is supported by Saturn which gives us some stability and the ability to get things done and view matters clearly. Saturn’s square to Uranus is very closely aligned at the time of this eclipse and will peak on December 23rd. This means certain things can be overturned, changed or ended and we will see this play out on the world stage as well as our own lives. Issues have already begun to play out among those who were born with planets that are affected by the Saturn-Uranus square and the eclipse will intensify things. You will be affected to a greater degree if you have fixed planets (Taurus, Leo, Scorpio or Aquarius) at 9-12 degrees.

Eclipses show us where our focus will be throughout the year. Nine times out of 10, something previously unknown is revealed on an eclipse, so sometimes surprising things happen. Sagittarius is typically a positive, upbeat and expansive sign so use this time to determine what area of your life you would like to expand and how you intend to go about accomplishing it.

The Moon squares Neptune, the planet of illusion, delusion and confusion. There may be a lack of clarity about something or someone, so let some time pass if you are making an important decision. Neptune is prone to deception, misunderstandings, self-deception and lack of clarity. Neptune aspects tend to bring our insecurities to the surface so they can be faced and dealt with. Neptune turned direct December 1st, which should begin to help us determine what is real and where we really stand. Now will be the time to move forward with any artistic or creative endeavor or long held ideas, plans and dreams.

Jupiter and Sagittarius tend to blow things out of proportion at times. If something seems too good to be true make sure you know what you are getting into.

On the other hand, aspects to Neptune can at times seem magical sparking our imagination toward the sublime and reaching lofty heights or even seemingly transcending normal life. This can be a beautiful and empowering experience. If you channel this energy in a positive manner it can be directed toward creativity, spirituality and compassion toward others. Dreams may be vivid, and now is the time to determine what your real dreams are and the path you want to follow to ‘get real’ and be able to accomplish them. Venus in Capricorn over the next three months will help to keep us on the path we need to follow toward our highest good and achievement of all we hold dear.