Mercury turns direct, and moving through the Uranus-Pluto square 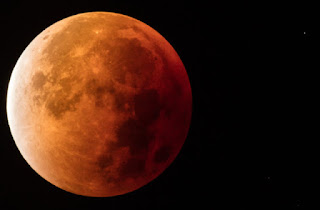 Mercury turns stationary direct Monday, January 24 at 4:50 PM, EST at 14 degrees of Capricorn. If you feel like me and many other people it can't happen soon enough! We aren't yet out of the woods, though.

The stationary retrograde and direct periods are often the times where glitches and breakdowns occur and things change course once again. Mercury in the stationary direct period, means that Mercury has turned direct but it is not yet moving forward, so we still have room for retrograde mishaps. Mercury starts to move forward January 28, and now will be the time to move forward with your plans. Over the next few weeks things are still changeable as Mercury is in its shadow period until February 13, when it moves full steam ahead and things are completely back to normal.

Mercury is conjunct Pluto, exact January 22-23, and again January 30. The week of January 25, it is within one or two degrees of being exact which is close enough to set off the Uranus-Pluto square.

Events will be large in the world and this can include weather. If you are a mid degree Cardinal sign-Cancer, Libra, Aries, or Libra, or have planets at these degrees, you may be affected to a greater degree, and great change can occur.
Mercury-Pluto transits are indicative of obsessive thinking, endings or transformation, and issues concerning communication, travel and vehicles, young people, pets, and a desire to get to the bottom of a situation, irrevocable decisions, arguments and sharp speech, or a necessity to make critical decisions.

January 31, Mercury squares Uranus (also setting off the Uranus-Pluto square) and this can bring unexpected news, changes in thinking, issues with young people, vehicles and travel. Communication breakdowns can occur and changes of mind and direction.

This period (through mid-February) will be highly significant as this marks the end of the powerful Uranus-Pluto square that has dominated the sky since 2008. The last time Uranus and Pluto were in aspect was the mid-1960's. The results of these powerful planets in aspect will continue to play out for months, even years.
Posted by Leslie Hale at 12:12 PM