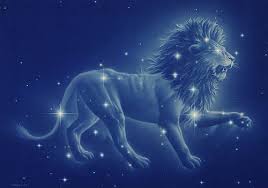 The first full moon of the year occurs at 3 degrees of Leo on January, 23, reaching the lunar peak at 8:46 PM, EST.

Leo is the natural ruler of the 5th house of children, friends and love affairs, and it is here many of us will be focused.

Leo is about fun, entertainment, and it is the flashiest of signs and the most dramatic. This is no full moon for wallflowers.

Those born in the early degree fixed signs will be affected the most-Taurus, Leo, Scorpio and Aquarius.

On January 22-23, Mercury conjuncts Pluto, and this sets off the Uranus-Pluto square giving this moon more significance.

Mercury-Pluto is argumentative, and someone could try and convince you of something, or it could go the other way around. It is a transit of propaganda.

This is an obsessive transit, and it is heavy energy. Mercury rules communication, vehicles and travel, and young people.

Couples could argue, breakups can occur, among other things.

This moon will also square Mars in Scorpio. Moon-Mars transits are prone to irritation, arguments, accidents, burnout, rash action and burnout. This moon forms a fixed t-square with the Sun and Mars and this is volatile energy prone to dramatics.

On the other hand you could ignore the theatrics and focus on 5th house matters, as it will be Saturday night-in other words, just have a good time and fore-go the drama. You can control yourself, but not the actions of others.

It is around the full moon we will once again start to see major events occurring in the world. Mercury will set off the Uranus-Pluto square once again, that I wrote about earlier. Around February 7, Venus will set it off as well.

These events will involve the media, travel or transport, young people, angry talking heads, propaganda, conversation about or nuclear threats, and the world will reach an intense peak between now and the first week of February. This will make this full moon more significant to us all.