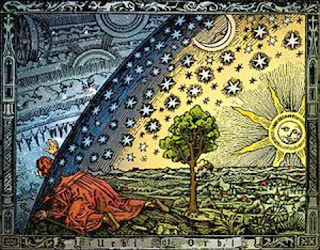 Happy New Year! The holidays are over, and perhaps a bit fractious this year with Mercury square Mars, but I hope you had a good one anyway! The year will start off with a bang, as the Uranus-Pluto square comes together for its final pass, creating change for us, and in the world once again. So, lets get started with the forecast.

January 1, Mercury entered Aquarius where it will remain less than a week, before retrograding back into Capricorn on January 8. Mercury turns stationary retrograde January 5-6 (8:06 AM, EST) and it is at this point we notice the powerful affects of this transit, as the planet ruling communication, travel and young people appears to be moving backward in the sky, bringing up past situations, creating delays and breakdowns and general confusion at least at the start (as well as the end of the cycle which occurs January 25, as Mercury turns stationary direct.)

This is an unusually powerful retrograde retrograde period (January 5-6) as Mercury turns direct in a square to Mars on January 3, and this square becomes exact in the sky January 5.
The result will be a great deal of irritation, argumentativeness and aggressive behavior over the next few days. But as Mercury is in Aquarius we will have the ability to think in an open minded manner and with intelligence.  Mercury was square Mars in Cardinal signs December 29, and the days before and after, (Mars was square Mercury Libra/Capricorn) in the late degrees. If this aspected your chart, you felt irritated, perhaps overly mentally active, and probably found it hard to relax. Now the square will return in fixed signs which are the most stubborn. “Choose your battles wisely. After all, life isn't measured by how many times you stood up to fight. It's not winning battles that makes you happy, but it's how many times you turned away and chose to look into a better direction. Life is too short to spend it on warring. Fight only the most, most, most important ones, let the rest go.” -C.Joybell
January 3, Mars enters Scorpio. It will remain here throughout early March, when it moves into Sagittarius. Mars will retrograde April 17, at 8 degrees of Sagittarius, and move back into Scorpio late May. Here it will remain again until early August when it moves into Sagittarius once again. So, for the first 9 months of the year in 2016 Mars will remain in two signs-Scorpio and Sagittarius. Typically Mars changed signs about every month and a half.
Scorpio is the natural ruler of the eighth house of sex, change and transformation, taxes other people's money and debt. It is the most intense of signs, and to a large extent we will all be focused on 8th house matters for quite some time this year.

This sign works best for water and earth signs, and our action (which Mars rules) can be secretive, intense and emotionally driven through Mars stay in this sign, and while in Scorpio Mars tends to work on an almost unconscious level. If you are a Scorpio or Scorpio ascendant-or Sagittarius or Sagittarius ascendant, you will become very busy this year. You may start some things, stop and go back, only to start them over again, or they may evolve into something different all together by the time Mars goes back to normal speed in the fall. So, the planet ruling out action (and the actions of others) will be transiting through only two signs between now and the end of September.. Scorpio..and Sagittarius.

January 5, Mercury squares Mars-. Watch what you say to others (or vice versa) and as Mars rules vehicles be very careful driving. You could have communication issues one way or another.  During  this juncture Mercury turns retrograde. Delays, mishaps, misunderstandings and breakdowns are very common (in many areas) during this period as is frustration. This is not the time to get married, start a new job or buy high ticket items as in the end you may regret it.
Mercury retrograde is a time to re-think and re-do as opposes to starting new ventures. For the first 4 days of the retrograde Mercury is in Aquarius which rules the 11th house (the collective, friends, groups) then retrogrades back into Capricorn where we will be concerned with matters of priority, business and work.

January 5- Venus squares Neptune creating confusion in love and money. (but not limited to these areas) Careful not to misjudge things and keep a clear mind. Clarity of mind and thinking is most important, and may be difficult on this day.

Also on January 5, the Sun conjuncts Pluto, setting off the Uranus-Pluto square-This can be considered an obsessive transit. It's good for getting to the bottom of things, but can be overly intense, critical and argumentative. Pluto deals with bullies, and the breakdown of things, situations, even people. It is volatile and can turn violent on many levels. Pluto rules sex, and the darker side of human nature. Transformation occurs at its best, but tread carefully. For some, events can be large and we will see a great deal in the world over the next few days. As Uranus rules weather, we could see unexpected issues here, among many other things. Once again, we are in dangerous times, and I hate to say this will play out in the world.
As Pluto, Uranus and the fast moving planets aspect both the Sun and Saturn in the US natal chart, we will see events that involve the US President directly or indirectly and as a collective we will have to decide (in the US) how safe our security is, what we are willing to sacrifice to stay safe, and exactly what justice means to us as a whole. This is a tall order, but not one we have not been confronted with before in past years as Pluto has opposed the US Sun. While the world may appear to be turned upside down again this month, this will be the final pass of this powerful transit as we start the New Year.

January 7, the Sun squares Uranus-look for unexpected events to occur and situations can be very changeable. Uranus is associated with freedom at any cost, and some situations or relationships will end at this time.  Once again, the Sun sets off the Uranus-Pluto square and events can be significant over these few days, especially for those with Cardinal signs (Cancer, Capricorn, Aries, Libra) at 14-18 degrees.

Also on January 7, Jupiter (The planet of money and expansion) turns stationary retrograde as it does every year. Jupiter's beneficial rays will not be as powerful, but luck is still associated with this planet. Things can seem to slow down, pull back, and as Jupiter retrogrades energy more is internalized. This can be a time of soul growth rather than material growth over the next few months until it turns direct in May.

January 8, Mercury enters Capricorn, changing Mercurial energy back to a more serious tone, as it was prior to January 1. There could be a return to common sense.

Also on January 8, Venus conjuncts Saturn-this is not associated with fun and frivolity, just the opposite. You could reconnect with old friends, but not the best for love or social activity unless the roots go very deep. It takes a strong foundation to make this transit work.

The New Moon occurs January 9, at 8:30 PM, at 19 degrees of Capricorn. As Mercury is retrograde this is not the time to start new ventures, but a good time to re-do and re-think.
Capricorn is the ruler of the 10th house of business and priorities and it is here our focus will lie. Once again, this Moon will set off the Uranus-Pluto square and events will be large in the world and in our lives if it aspects Cardinal planets in your own chart.

January 12, Venus sextiles Uranus, and this is a positive transit for love, money and our social lives. Make the most of it!

January 13, the Sun trines Jupiter, and this is also very positive. Look to expand in some area, and for some this day could be lucky if it aspects your chart.

January 14, the Sun conjuncts Mercury-this can be irritating and the word, 'willful' comes to mind. Much communication and be careful driving.

January 14, Mercury trines Jupiter and this is positive for communication, meetings and can be expansive mentally.

January 18, Venus squares Jupiter-While this is basically positive, things can be overblown or overdone. Watch your diet.

Also January 18, Mars trines Neptune- this is a transit of compassion and spirituality as well as looking at and acting upon things in a rational manner.

January 20, The Sun enters Aquarius at 10:28 AM, EST. Energy shifts once again focusing on the collective (or friends and groups) as we enter the mid part of true winter.

January 20-22, are extremely important dates as Mercury will once again set off the Uranus-Pluto square, and Mercury is retrograde. Mercury set off this square December 21-23 and we saw flooding, water devastation, terrorists threats averted, and US soldiers killed in Afghanistan. This will be another major period in the world, and significant if it aspects your chart. A dangerous transit and we could hear news concerning media and young people. Propaganda will be flowing freely in many areas and people will be obsessive and argumentative.

January 20-21, Mercury squares Uranus and this is changeable and prone to unexpected news, changes, problems with travel or communication.

January 22-23, Mercury conjuncts Pluto and this is an obsessive and angry transit. Pluto rules bullies, violence, and transformation of all types. Cautions is advised driving or travelling.  Watch your movements.

January 23, a full moon occurs at 3 degrees of Leo. This full moon is fire, and fire can burn, especially on the heels of the Uranus-Pluto square being set off!

Look for people to be flashier and Leo likes attention. All full moons should demand respect and this one especially as the Uranus-Pluto square is active. Planetary help arrives in the form of the Moon's trine to Saturn which lends itself to stability and perhaps accomplishment. It's time to have a little fun when we have a full moon in this sign.

Also on January 23, Venus enters Capricorn. Venus is Capricorn is concerned with the practical details of a relationship. (if we got married how would we live?) and relationships can become more committed and practical during this transit. Of course this works best for earth signs.

January 25, Mercury turns stationary direct-finally-at 14 degrees of Capricorn. But, we are not out of the woods yet, as it is during this period things can change again, get delayed and glitches can occur. The stationary periods are the trickiest and this one lasts until the 28th. And of course, there is the post retrograde shadow period that can be significant through February 14. Over the next 8 or 9 days Mercury will set off the Uranus-Pluto square again, and will be a significant period for many and in the world. Events will be large.

**February 5th and 6th Venus in Capricorn will set off the Uranus-Pluto square. Again, this will co-inside with important news in the world. We could hear news relating to women. Relationships can end, or situations change.