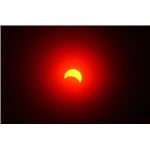 This month's full moon falls at 19 degrees of Aquarius on February 8, the sign ruled by Saturn and Uranus. Aquarius is the natural ruler of the 11th house of the collective, along with friends hopes and wishes and it is here our interests will lie.

While the full moon peaks at 8:39 AM, EST, the energy of a new or full moon is typically felt a few days before, sometimes as much as a week before. The days before may seem low energy or emotional especially if you have a water sign moon.

Aquarius is considered freedom oriented (co-ruled by Uranus), and is often the sign associated with coups and rebellions. It is classical energy for trying new things, situations and instigating change. Typically new moons are associated with new beginnings, even if these beginnings are small on a personal level.
This moon however, will square Mars and this is associated with irritation, anger, burnout, accidents and sickness, and for some this new moon may seem brutal. This moon also sextiles Uranus, giving it an intuitive edge bent toward new situations, and this can be somewhat of an exciting aspect if you go in this direction. It is best to channel your energy in a specific direction.

The few days before the new moon may be the most significant and typically are. February 7, the Sun squares Mars. This transit represents an argument or upset waiting to happen. It is likely we will see significant events in the world, and in this regard it can be somewhat dangerous (in the world) as Mars rules young men and guns. If you are not angry, other people may be and watch your driving on this day and the days surrounding it.

Rash action is not advised as you may come to regret it later. Neither is this the day to bring up controversial subjects that will lead to an argument. Better to let this energy pass.

At its best, this day can bring  a vigorous approach to reaching your goal, and/or physical energy directed at a specific aim: exercise, gardening, generating new clients, etc.

February 5-6, the Uranus-Pluto square is 'set off' one last time by Venus and the moon. This is intense, and can seem overwhelming. Some relationships could end, or this could involve money, especially if it aspects your personal chart. Exactly what this event is depends on where the new moon falls in your personal chart.