Uranus-Pluto square: the gift at the end 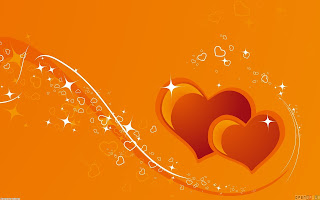 There are 10 major transits associated with the evolution of the world (and man) and we are at the tail end of the Uranus-Pluto square that began in 2008. This square has changed the world, and our lives and the results will continue to play out for months and years to come.

With these major transits often comes great struggle within society and individuals. While Uranus is the planet of sudden change and unexpected events, Pluto rules that which is hidden, powerful and often is concerned with decay, destruction, total endings and even death, both literally and metaphorically.

There is often a gift to be had as the outer planets tear down and change what has been the norm, and the evolution of man always comes with great struggle. But, at the end of an era there is typically some great change in direction that will lead us into the future and a new period that holds many new gifts. This also occurs in our own personal lives, as well: one era ends and a new era begins born on the ashes of the ruins. The is the nature of Pluto both in the world and in our own lives.

As Pluto and Uranus separate for the final time in this powerful cycle scientists have  discovered the gravitational waves that Einstein only dreamed about finding 100 years ago.  What does this discovery hold for the future of man? Basically, it will give us new information about the universe that could go back to the very beginning of time. Scientists say it's hard to know right now exactly how this discovery will actually change our lives, yet in time it will.  As we learn more about time, perhaps one day we will be able to travel backwards. Time travel? Maybe.

In another development a new cancer treatment utilizing the patients' immune cells is making patients symptom free. In one study 94 per cent of patients with leukemia went into a complete remission. Can you imagine a world where cancer is no longer the deadly killer that it is? This would be a true gift to humanity.

Finally, a new planet has been discovered the size of Neptune, that would be the ninth in our solar system. Scientists and others have searched for Planet X for years, and there have only been two planets discovered since ancient times. It would take this planet between 10-20,000 years just to orbit once around the Sun. What role will this planet play in astrology? There will have to be years of research to identify and study, so don't expect any answers soon!

Are there more gifts waiting to be discovered as Uranus and Pluto complete their final pass? Yes, many more, these are just a few examples. New inventions and discoveries are typically tied into major transits of the outer planets. Man walked on the moon, for example, just months after the final pass of the last Uranus-Pluto square conjunction. What we can be certain of is that much more lies ahead, and while this powerful square has brought turmoil and upheaval to the world it has also brought gifts for our taking.

The same holds true of our personal lives which will mirror the world. If you were born under Cancer, Capricorn, Aries or Libra (first 15 degrees) you (especially) have seen turmoil, and change in your life over the past 7 or 8 years. Many things have been changed, either by choice or chance. What's over is over and now is the time to move ahead, let go of old ideas, concepts, even people if circumstances are showing you a relationship isn't working out. What Pluto tears down it will rebuild in a more solid way. When one door closes another opens.

A gift can take many forms, and many times an unlikely form.  A planetary gift seldom includes cash! Freedom from stress and worry, new insights or letting go of unhealthy situations can be a greater gift than imagined. So can new opportunities, moves, new jobs and personal freedom.
Can you see your gift up ahead?