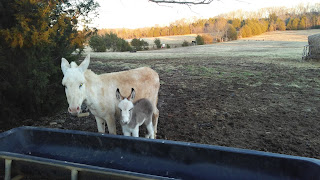 During April the Sun will remain in Aries until the 19th when it enters Taurus.  Mercury is also in Aries and turns direct April 15, and will remain in this sign until May 13. Venus is in Taurus through the 23rd, when it enters Gemini, and Mars is in Capricorn all month, along with Saturn and Pluto. With 3 planets in Aries and 3 in Capricorn we will be dealing with 2 cardinal stelliums this month that will clash with each other. While this will create friction, it will also create change, and I look for April to be another fast paced month, especially while the Sun remains in Aries.

Saturn and Pluto will  both turn retrograde as they do each year. As the outer planets retrograde problems and issues sometimes seem to go beneath the surface, but solutions can sometimes be worked out as well. Both of these planets will turn direct again in the fall testing the solutions and changes that occurred during the retrograde. There can be a karmic energy to retrograde planets.

The month begins on the heels of a harsh full moon in Libra. Venus rules Libra concerns relationships, and this Moon can push relationships to the next level, or expose cracks and differences, forcing a conflict or run-in as, and in some cases endings. But this would only occur if your relationship is tottering on the edge and would take more than this full moon to totally end something.

April 1, the Sun conjuncts Mercury and this manifests as willful energy often involving the ego. It is wise to remember at this time Mercury is retrograde, and in Mars' sign. Communication could be overly forceful and antagonistic, at its worst, and it is important to be aware of the moods and feelings of others. Sun-Mercury also signifies travel and a great deal of communication.

Over the next week the energy of the Mars-Saturn conjunction is powerful and it peaks Monday, April 2 at 11:44 AM, EDT. This is a difficult transit that can manifest as cold, harsh and angry. The typical definition of this energy is frustration. But it can seem like a cruel, cold transit at its worst and don't expect a great deal of enthusiasm. Lowering your expectations for a few days is my advice but you can accomplish a great deal through discipline and hard work. You may find that you or others have a short fuse and any battle that begins at this time may be long and drawn out.

Mercury squares Mars April 4, but this energy will be powerful in the few days before. The Mars-Saturn energy is still powerful and this is somewhat of a double whammy. Mercury-Mars relates to communication of all types as well as our thinking. Watch your communication and travel as these areas can be affected adversely, and be careful how you speak to others as it can come across as angry or aggravated. And of course it can work the other way.
April 5, Mercury squares Saturn. Like the Sun square Saturn on March 29, this can be tiring. You could find it difficult to express yourself and it could be a day of stilted or repressed mental energy. Again, Mercury affects travel and communication. This could be positive however for working on details, you will scrutinize everything.

Venus trines Saturn April 7, and this is positive for money, business and connecting with those from the past. You could scrutinize relationships but not in a nit picking way.

April 11, the Sun squares Pluto and this is a powerful transit that can ultimately transform something, good or bad. Pluto is obsessive and compulsive in nature and people tend to go searching for the truth on a transit like this. If you chose this avenue be sure you are prepared for the answers. Conversations can turn deadly serious on a dime and I would avoid contentious issues unless you are prepared for the answers. Sometimes things can be revealed. Pluto rules bullies, the dark side of life and sex. This transit doesn't have to be harmful, but it will reveal hidden tensions and issues. This will be a major news day.

We will receive some planetary help with Venus trine Mars the same day, April 11. This can be a far more positive transit and perhaps an issue can be resolved. This can be good for our social lives and money, and the potential is greater for working out relationship issues.

April 14, Jupiter sextiles Pluto and this is a positive transit involving 'the God of the underworld,' as Pluto is sometimes called. The energy of this transit will be felt before and after this date-most of April. This is the time to focus on getting things done, move forward and for some things will come together. This will be especially powerful of you have planets in Virgo or Pisces at 19-22 degrees. If so, you will be aspected very positively by both Jupiter and Pluto. For the rest of us, it will still be a positive time with plenty of productive energy. On major transits like this big things tend to come together: job offers, real estate closings and opportunities of all sorts.

This is a major transit in terms of world events, and is helpful in holding up the financial markets at this time. It will return one more time in the fall.
Mercury turns direct on April 15, at 5:21 AM, EDT. We can expect a few days of confusion before things straighten out. Some things may change direction again, but at least..Mercury is direct!

On this same day, a new moon falls at 26 degrees of Aries. This moon is conjunct Uranus. Aries is ruled by Mars the planet of action, aggression and anger. As this moon conjuncts Uranus we can see sudden and unpredictable situations emerge, and as Mercury turns direct there will likely be a certain amount of chaos.

On the positive side this may help you break out of a rut with new projects and situations. On the negative side you could feel nervous, plans could change or you could feel irritable. This moon with Mercury, makes this day changeable and unpredictable. Uranus has to do with freedom, breaking away from situations and does not like limits.

April 17, several transits occur. First of all Venus opposes Jupiter. This is typically not a negative transit and the biggest problems you may have is overdoing things, over-reacting, and don't be surprised if you don't have a craving for desserts! Venus also trines Pluto and this is a positive transit that has to do with expression of feelings which will come easily on this day.

Feelings will be anything but shallow. Lastly, Saturn turns stationary retrograde, having reached 9 degrees of Capricorn. It retrogrades about four months every year and will turn direct again September 6, at 2 degrees of Capricorn.
While retrograde, Saturn slows down the normal rate of activity so better methods can be developed and organized. Saturn rules the structures in our lives and allows us to develop our boundaries.
Wherever transiting Saturn is located in your personal chart is where you need more work to avoid feeling limitation in some way.
When transiting Saturn is retrograde, and we experiencing a Saturn transit in our personal charts as it aspects another planet, the retrograde period is typically the most difficult part of the transit. When we experience a harsh Saturn transit, it typically makes three passes over the course of about a year, one of them typically while Saturn is retrograde. But, many things can be worked out or resolved at this time, or when Saturn turns direct again.
As Saturn turns direct this can be good news for many issues and situations that have been stuck or in some way or unproductive, and this is true for both the individual and the collective.  Saturn can represent a reality check in many areas of our lives and even in the world, especially as it retrogrades.
April 18, the Sun conjuncts Uranus. This is a powerful, but erratic transit. Unexpected change can occur on many levels, either for good or bad. Expect your day to be a little different than what you though and you could experience nervous energy. Uranus is all about freedom and breaking away from the norm.

April 19, the Sun enters Taurus, the sign of true spring where it will remain for the next 29 days. This can be a calm, stabilizing energy and things may move a little shower.
April 22, Pluto turns stationary retrograde at 21 degrees of Capricorn. Pluto is retrograde about half the time and will turn direct again October 2.
When Pluto retrogrades some things/situations start go beneath the surface where they will remain hidden for a period of time.

Pluto retrograde is a significant planetary movement, especially if you have Cardinal planets-Aries, Cancer, Libra or Capricorn at 19-21 degrees. If so, changes can occur at this time, depending on what else is in your chart.
Many issues relating to joint monies and investments, partnerships and sex will begin to be internalized during this period allowing us to look at things from a different viewpoint. Pluto is about making deep change that goes beneath the surface. One way of looking at this is destruction of that which is no longer working, which will now become obvious.
Certain issues involving power or power structures may appear to lose steam during this time, but they are not really going away, they are just going under the surface, and in some cases becoming more subversive, and less front and center. They will resurface again when Pluto turns direct.
When Pluto turns direct long term issues of this type (power issues) will surface again both in our personal lives and the world. But, as Pluto retrogrades we have the opportunity to look at things from a different perspective and effect a transformative change over these months. Unless you have a Pluto transit in your personal chart, most people won't notice this.
April 24, Mars sextiles Jupiter. This is positive and upbeat especially for money, business and can't hurt interaction with people. Things may seem expansive on this day.
April 25, Mercury squares Saturn for the final time, as it did April 5.
April 29, Mars conjuncts Pluto at 21 degrees of Capricorn. This puts the planet of action with the planet of transformation together and the results can be substantial. Something will transform with a transit like this. On the positive side the transformation may take the form of something you have been working on and many things may come together.
On the negative end, Mars and Pluto can be malefic and anger and tempers may fly. Deep seated anger can ensue and some things may end. At its worst, violence can occur. This will be a major news day and we could hear of violence, nuclear situations, financial news, and it is a dangerous day in the world.
This month's full moon falls at 9 degrees of Scorpio on April 29. Scorpio is the most intense of signs and matters will not be superficial. This is a powerful moon as it falls on the heels of Mars-Pluto. Pluto is scorpionic in nature and rules the 8th house of sex, other people's money and change and transformation. This Moon represents another peak period of change and could be a dangerous time in the world.