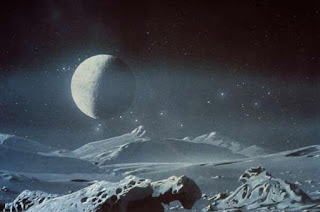 We have an intense week ahead, with numerous astrological happenings, namely Mars conjuncts Pluto.

That said, Mercury will pay a role as well, as the planet of communication is entering into another square with Saturn, as it did April 5. This will be a day of feeling limitations, and it is important not to let things seem more negative than they really are. It is important not to be overly critical in communication, and it is here as well as travel we could see issues arise. Blocks may arise creating frustration.

Mars builds in energy with its conjunction to Pluto which becomes exact April 25-27, but the powerful energy will be felt before and after the 'exact' hit.

Mars-Pluto is a powerful transit and people may be feeling more self-assertive than usual, to put things lightly. This transit can concern energetic physical actions, intensified will power, secret investigations, joint finances, and rage and anger.

As the Mars-Pluto conjunction sextiles Jupiter, the planet of gain and expansion, the potential exists for a positive outcome if the energy is channeled correctly. You may experience a strong desire for accomplishment.

To channel this energy I would focus on something you need to accomplish and move toward it full steam ahead. The potential exists for transformation of some type, with Jupiter involved. Pluto tears down only to rebuild in a different or stronger way.

Otherwise, this energy can come across as angry, volatile, harsh and in some cases endings will occur. The Mercury-Saturn square will contribute to making things seem more negative.

The dark side of Pluto is violent, subversive, and prone to rage and bullying.

If this transit hits something in your personal chart at 20-22 degrees of a cardinal sign-Aries, Libra, Cancer or Capricorn you can expect it to play out in your personal life, depending on what it aspects.

This transit will play out in the world as well. In mundane astrology

Pluto is the planet of power, dictators, corruption and nuclear weapons, to name a few. It also rules sex and abuse.

We can expect to see escalating violence, perhaps even a major incident. We could also hear of nuclear weapons or related situations.

This transit falls on Neptune in Vladimir Putin's natal chart, so we know this transit will involve Russia. This can be interpreted as secretive action, lies and deception, issues that could involve chemical weapons and information being revealed.

The Mars-Pluto conjunction becomes part of the April 30, full moon in Scorpio